So, Warhammer Online‘s open beta ended last week. Head start launched and the game officially went live last Thursday on the 18th. I spent the end of beta doing as much PVP as possible with my White Lion, using the beta time as an opportunity to attempt to figure some things out and “find my place” in the battlefield as it were. Mission successful! By the end of the beta I was topping the scoreboards in damage, pretty confident in my tactics, and most importantly of all having a lot of fun. 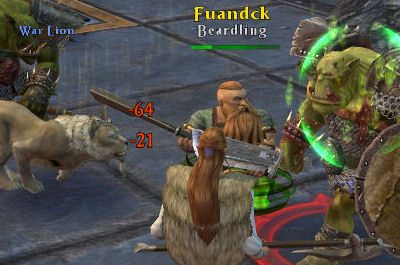 “Getting owned by Black Orcs…” 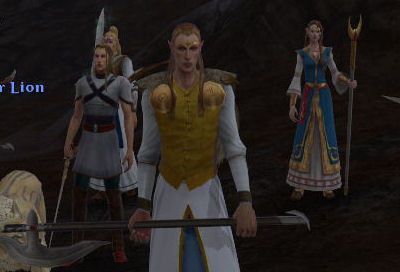 “Standing around waiting for a scenario to start.” 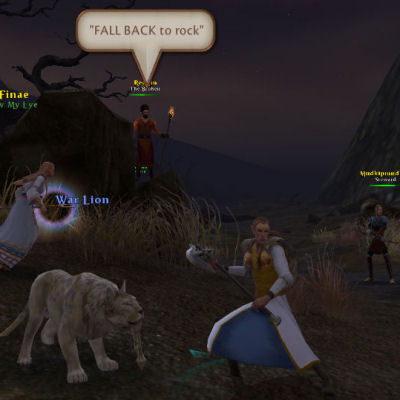 “I’m still not sure if he meant to the rock he was standing on or to like… rock some faces.” 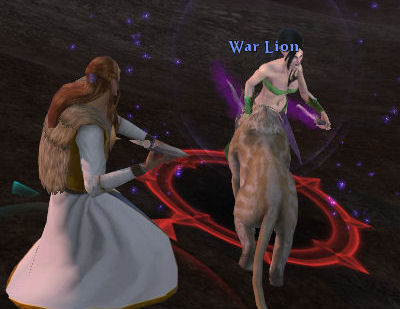 “Feeding my lion a Witch Elf.” 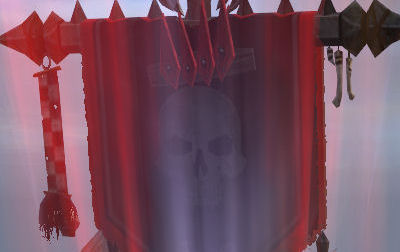 “Under the banner of Destruction!”