Hopefully this chapter will be a little more exciting now that I’m out of the tutorial dungeon. Even still it should take a while before I’m of appropriate level to do any of the real exciting dungeon hauls and quests and I’ll definitely be staying away from the main quest for a while. 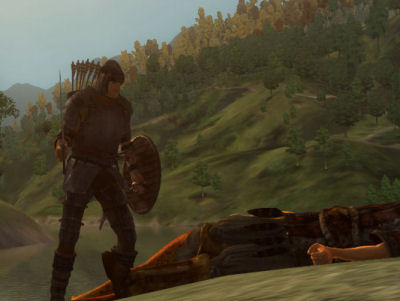 “Garn’s first few minutes out of prison and already a murderer… great!”

As I step out of the sewers into the sunny wilderness I barely have enough time for the fresh air to fill my lungs before I realize that I am in the wrong place at the wrong time. Two bandits camping in the area attack me, unprovoked, and I have no choice but to defend myself. After a hard fought battle I emerge victorious. I search their camp site for supplies and valuables and exhausted from the day’s events decide to rest here myself. There is a little food, warm clothes, and relatively comfortable bedding. Concerned that other bandits may return from whatever expeditions they might be on I cannot fully enjoy my rest however. 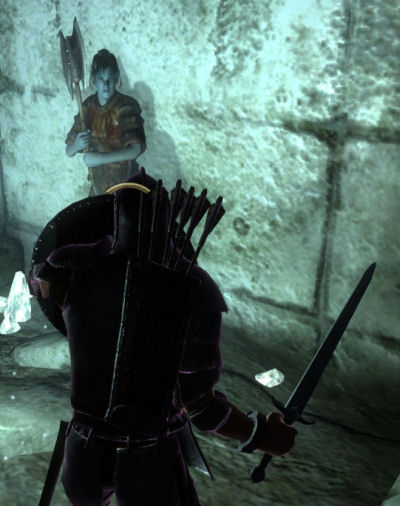 “As it turns out killing bandits is completely legal.”

The camp is nestled next to some ancient ruins and later the next morning I decide to explore them as well. I find my way into a subterranean labyrinth and soon learn that there are many, many more bandits living within the ruins. I slay one who spots me but manage to use the cover of shadow to elude and observe the rest. They appear to be in the midst of some sort of pillaging expedition but whatever they are up to it is obvious that they greatly outnumber me and I quietly make my leave.

It should be obvious to most people who have played Oblivion that this is Vilverin. Unfortunately I didn’t feel like I could easily take the bandit in the main room of the first level due to my level, equipment, and rustiness with Oblivion’s combat so I gave exploring a miss for another day. 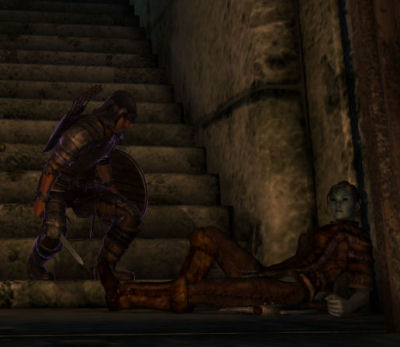 Hungry and with little else but looted equipment I decide that I will hike around the perimeter of the nearby lake hunting mud crabs. The mud crabs pose little trouble, even in groups, and their meat is both delicious and in good demand amongst vendors and taverns so perhaps I can make a little gold in addition to feeding myself. I also occasionally manage to find the odd pearl bearing clam along the shore as well. From time to time I come across exotic looking herbs along the shore and harvest those as well. While I don’t believe I know much about alchemy, or perhaps I should say knew much about alchemy, I’m almost certain to find someone willing to purchase herbs and other alchemist reagents from me in the city. 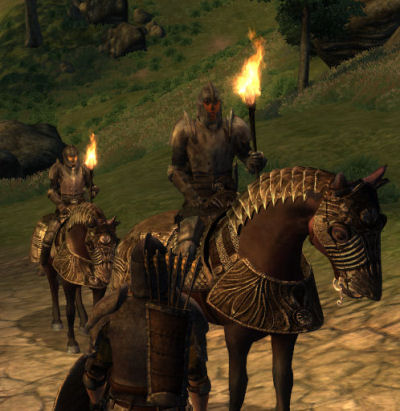 “You’re kidding? The Emperor is dead?!”

Sometimes when the shore of the lake runs near to a road I run across an Imperial Guard patrol or some random traveler. Luckily as of yet my awkward interactions with them have not led to any trouble. Word has surely already spread about the Emperor’s murder and I am a little worried about the possibility of Baurus changing his mind and implicating me in the assassination plot. 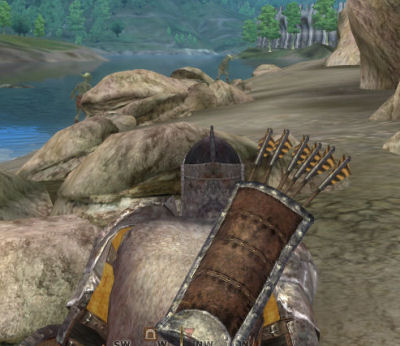 Along the way I encounter a goblin infested cave. Slaying these goblins, at first, seems to be no tall feat, though the further I venture into this cave the tougher the enemies get until I find myself struggling to stay alive. While I find much in the way of weapons, armor, and other loot the risk becomes too great for the rewards and I turn back around and decide to continue with my mud crab hunting plans for the time being.

This is Fatback Cave south of the Imperial City. For the most part I had no trouble exploring it though the Goblin Berserkers were tough fights. I got all the way to the bottom, even killing the Goblin Shaman via a cunning strategy of running away, screaming through the nearby trapped hallway. Still, after barely surviving that encounter I didn’t feel like I would be lucky enough to survive the rest of the monsters on the level and retreated. 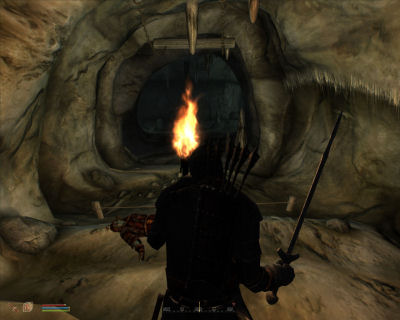 There are numerous ruins and shrines scattered around these shores. Many of them host additional bandits not unlike the ones who attacked me when I first emerged from the sewers. For the most part they offer me little trouble but I can’t help feeling some odd connection to them. That is, despite having slain several so far in self defense I feel no real malice towards them. I wonder if perhaps I was a bandit myself in the past? I obviously did something to wind up in the Imperial Prison and banditry definitely appears to be a popular profession. Regardless I quickly learn not to explore too many ruins, at least not yet, as these bandits and highwaymen seem to often call them home. On the bright side if I turn out to be some sort of bandit myself I know where to find potential partners in crime in the future. 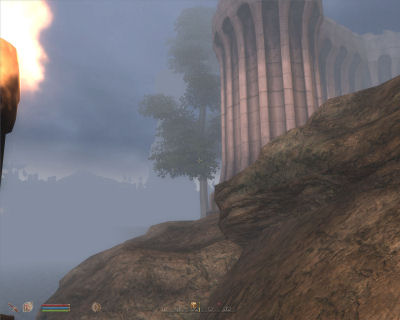 After a long day of circling the lake gathering crabs I arrive back at the original bandit camp that I nestled down in last night and begin to shell a few of the crabs I’ve captured. A fresh crab chowder hits the spot like nothing I ever remember having before yet it is obvious that I have prepared and eaten this meal before in my hazy past. With my expedition widely successful I gather up my looted equipment, my bundles of herbs, and my sack full of mud crabs and at last make my way to the city.

I was now ready to reach level 2 and finally empty out all of my loot bags. I should note that for some entirely unknown reason I totally forgot about starting out with a conjuration summon spell and never used my skelton minion in any of these fights, instead eager to reach the Imperial City to buy myself my would be first summon spells which I anticipated would be a big help… Doh.