It has been a long time since I’ve posted an update and indeed it has been a busy month for me without as much time for gaming as I had hoped.

First things first I have continued to play a great deal of Warhammer Online – Not only did I get my main character to 40 but my guild has recently had a bit of a revival with the release of patch 1.1 and the two new classes and our “leveling pact” in which a great many of us rolled alts and vowed to try to keep them at the same levels and play together as much as possible. I’m been playing a Dwarf Rune Priest which is unusual for me as I never play healers but I’ve got to say that I’m enjoying it. More details that in a later post, hopefully! 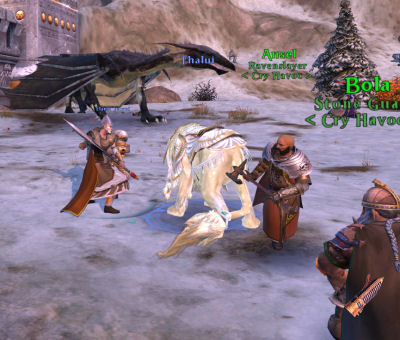 “Cry Havoc bravely running the hell away from a dragon.”

Still, the last couple of weeks have been somewhat of a dry spell for me in WAR to the point where I’m afraid I may be approaching a classic Self Similar MMO burnout. I seem to always tire of an MMO, no matter how much I like it, for various reasons sooner or later – with WAR it has mostly to do with the lack of time I have to play games lately. I often feel like I’d much rather be playing through games in my massive Xbox 360 backlog, investing more time in some more of my favorite PC games, and revisiting some of my favorite retro titles than wasting so much time playing a single time sink of a game. Still, I was so hyped to get to level 40 so I could experience end game PVP that I’d feel silly not participating in it a lot more than I have so far, and I was still having a lot of fun with my alts, so who knows? I don’t really have any real good reason for wanting to quit but I feel like I’ve fallen off the treadmill somehow regardless. Yes, I think burnout is the best way to describe it. 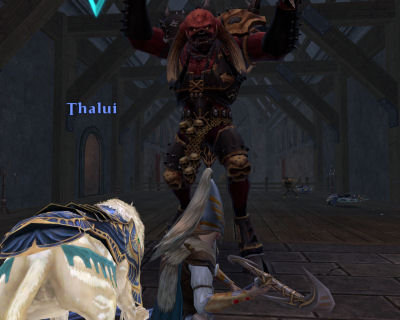 “I’d hate to run into this guy in a dark, chaos infested monastery. Oh, wait…”

Speaking of my backlog it grew quite a bit bigger since last time I posted. Taking advantage of various “Black Friday” sales I nabbed a whole lot of new games. First I nabbed Frontlines: Fuel of War for the 360 for under 10 bucks new. I admit it wasn’t anywhere close to the top of my wish list but I thought what the heck, it looked nifty. I also grabbed a copy of Burnout: Paradise new for nice and cheap which has been rising up my wish list with every new patch Criterion brings out.

I also took advantage of Gamestop’s buy 2 get 1 free sale on used games and grabbed: Project Sylpheed – having been raised on Wing Commander and X-wing coupled with my love for Macross I’ve had my eye on this one for a long time but was holding out to get it for cheap. Rainbow 6 Vegas 2 – I’m a huge fan of tactical FPS games as I’m sure I’ve mentioned many times now and the first Vegas was decent enough to warrant my interest in the sequel. Battlefield: Bad Company – I’ve been a fan of the Battlefield games since Battlefield: 1942 and while I’ve more or less stayed away from the console titles the new emphasis on the single player campaign in this one and the positive reviews caught my attention. Plus this one seems like a concentrated effort to make an actual console game, where as the older titles, albeit quite different, seemed more like quick and ugly conversions Battlefield 2 for the PC. Overlord looked like a lot of fun to me since it was first released and I wanted something a bit different. Ninja Gaiden 2 – I absolutely loved the first Ninja Gaiden on the Xbox. I just hope I can stand the punishment this go around. Finally the first Saints Row game. I’ve talked about my interest in Saints Row 2 recently and decided I’d like to play the first one before picking up the second since the stories do indeed share continuity. All for the 360.

Also despite having no idea when I’ll get around to playing it but knowing without a doubt that I wanted it I nabbed Fallout 3 new for the PC for really cheap as well. 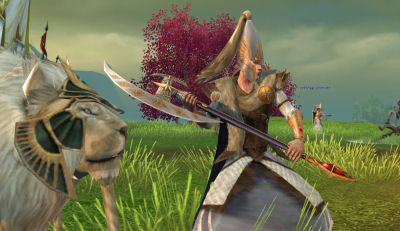 With all of these purchases my Xbox 360 backlog in particular has ballooned insanely. Feeling like I really shouldn’t buy any more new games until I complete most of these new ones I decided to make a concentrated effort over my Christmas vacation to beat the game that has been more or less tuck in my 360 for months, Warhammer: Battle March, and I’m happy to say I succeeded! The last of the campaigns, the one added in the actual Battle March expansion on the PC featuring the Orc and Dark Elf armies, was consistently more difficult and frustrating than anything in the other two – if I had started with it I may have very well shelved the game long ago. Still, achievements unlocked and all of that good stuff. I’ll probably revisit Battle March in multi-player with my brother eventually but for now, taking the good with the bad, I’m quite glad to see it go. 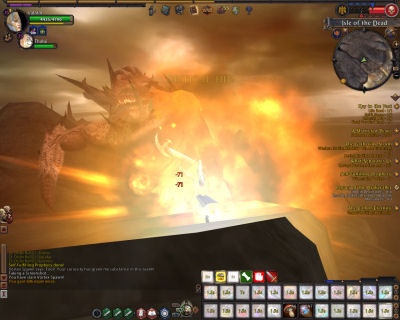 As expected I got my new DS for Christmas and so far I’m really enjoying it. I’ve been sampling a lot of different games but so far the ones I’m enjoying the most are Mystery Dungeon: Shiren the Wanderer – a brutal but relatively accessible Roguelike, Tetris DS which is… Well, Tetris? Club House Games which I’ve been a fan of for a long time now, and the first Phoenix Wright which has my adventure gamer senses tingling. So many more DS games to play, so little time, but so far it feels like it was indeed a solid gift.