Please take note that from this point on the Tale of Garn will shift to covering more quests and will therefore contain mucho spoilers. While I may change or totally skip over some elements of some of these quests for roleplay reasons I’m sure that what I do cover will be sufficient to piss off those who are easily offended by such things.

Because of the events of my very first night here in Skingrad, psychotic guards and whatnot, I figured it would be a pretty interesting place to look for work. After a couple of days of wandering the streets, going from business to business, and hanging out in various taverns, I’ve begun to think otherwise. 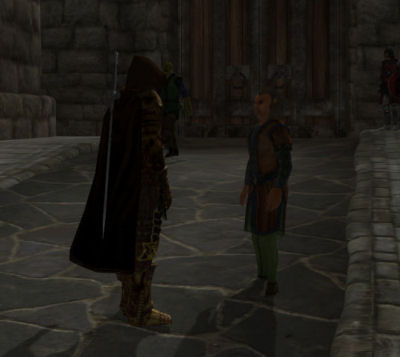 That quickly changed as a wood elf awkwardly approached me in the streets. The Bosmer introduces himself as Glarthir and nervously whispers something to me about meeting him tonight behind the Great Chapel for work. I’m apprehensive about the nature of this meeting at first but after spending the rest of the day without any other leads, despite questionable talk regarding Glarthir’s sanity, I decide to take up his offer. 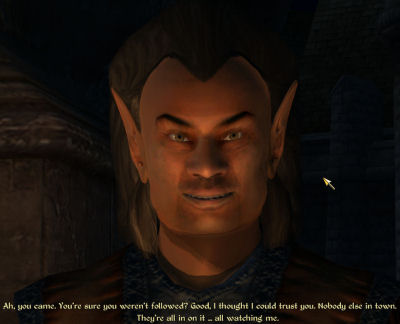 I creep out of my inn room and carefully walk to our arranged meeting point. Glarthir is already there, ecstatic to see that I’ve actually shown up. He explains that he believes he is being watched and only someone like me, an outsider, can safely help investigate. He says he has a list of conspirators that he wants me to follow. In turn I’ll be rewarded handsomely. Sounds like easy money.

My first assignment is a young Breton woman who lives quite close to Glarthir’s residence. I follow her for the entire day but her daily routine seems, at best, inconspicuous. She goes to the chapel every morning and then to work for most of the rest of the day at the Tamika Winery. I report my findings to Glarthir that night and despite being surprised about the outcome he rewards me and gives me the name of another person to investigate. 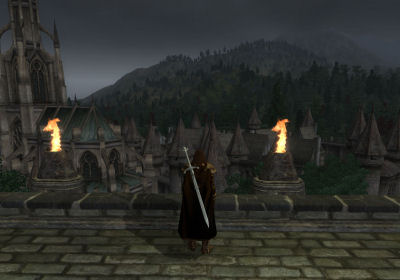 “Just look at all of those goddamn conspirators!”

The other two people, a noble who seems to have no responsibilities but enjoys loafing around Castle Skingrad and going on leisurely horseback rides and then David Surilie of the locally famous Surilie Vineyards, also seem to lead routines devoid of any suspicion.

As I give my final report to Glarthir he becomes enraged and accuses me of being in on the conspiracy. Given our secluded location and the time of day I have no choice but to defend myself then and there and end up killing him. News of Glarthir’s death spreads quickly but, oddly enough, no one seems overly surprised or even concerned. Perhaps he isn’t as crazy the other townsfolk say after all? Maybe this isn’t just paranoia? 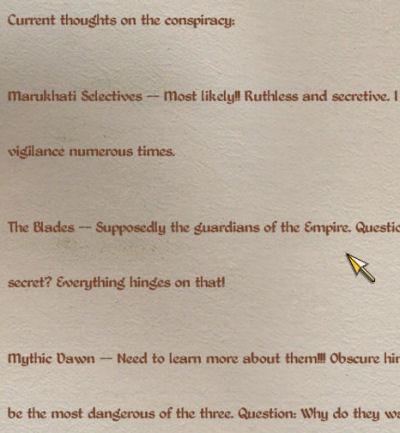 “The diary of a mad man. Wait, the Blades have a secret?!”

The next night I take it upon myself to sneak into Glarthir’s house to perform one last investigation for him. While Glarthir has more books than the prison library I don’t see anything suspicious in his home. I do find some of his notes on the plot which seem to lend themselves more to the notion that Glarthir was simply disturbed and paranoid, however.

Given how fruitless looking for work in Skingrad turned out to be and the fact that I just murdered one of its residents I decide to make my way back to the port city of Anvil. 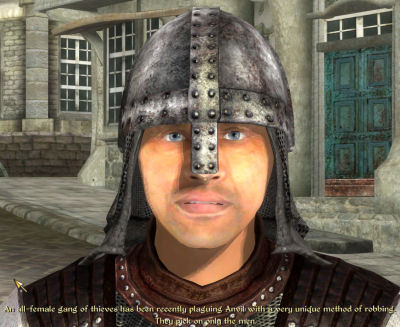 “Unique? This guard has a obviously never been married.”

Practically as soon as I step into Anvil I catch wind of the fact that people are in somewhat of an uproar regarding a local gang of women who have been seducing men and robbing them. This town is getting interesting already! I inquire about the possibility of lending a hand to the situation and am told to talk to one of their recent victims, Gogan. 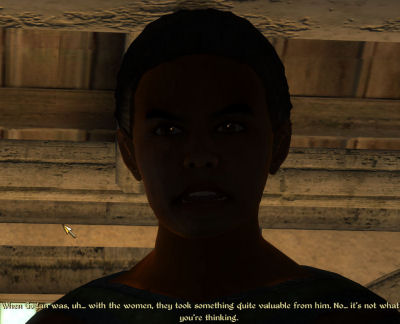 “Err, I’d love to know what it is that she thought I was thinking.”

When I arrive at Gogan’s home his wife unfortunately opens the door before he does and gives me her very poignant opinion on the situation. More importantly, however, she explains that when Gogan was robbed a precious family heirloom was stolen and she’s paying a reward for its return. Gogan himself tells me that the gang often works a tavern near the docks so as to target sailors and other travelers who probably won’t be sticking around long enough to attempt any sort of retribution.

My plan is simple one. I’ll go to the bar and hope I run into one of the gang members and go along with their directions. When they try to rob me, however, I’ll resist. With any luck I’ll be able to force them to return Gogan’s stolen possessions. Fool proof if you ask me. 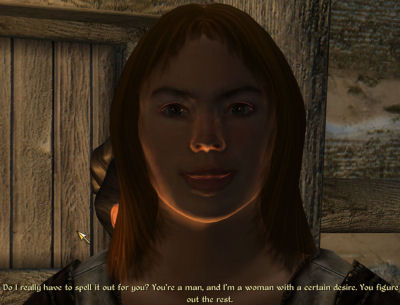 “Wait, I’m still not following. You want my silverware set? Not a chance!”

Sure enough it takes little time once I take a seat at the bar of the Flowing Bowl for a pair of attractive woman to approach me. It is more than obvious from their demeanor that these are the gang members I’m after. How many other people have fallen for this routine? I just got out of prison and have spent the majority of my free time since wandering the wilderness and I would have still been more suspicious than interested. 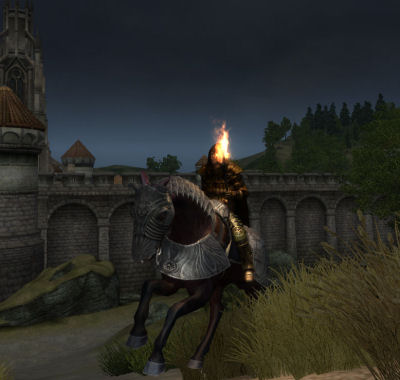 The women ask me to meet them at a farm house outside of the city walls later on in the night. As I arrive I’m greeted by only one of the women who insists that I get undressed for her while her other two friends get ready. Yeah, right. When I refuse and put my hand on the hilt of my sword the woman’s mood changes instantly, declaring that she knew this was a ruse and calling the other gang members out of hiding. They draw their weapons and lunge at me in an instance. Prepared as I am I defeat them all rather effortlessly. 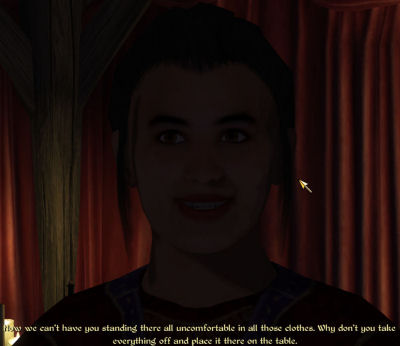 Almost as soon as the commotion is over the front door of the house swings open and Gogan enters, though this time wearing the standard uniform of the Anvil city guard. Gogan tells that they sent me in as a semi-unwitting participant in an undercover sting operation, thanks me, and then pays me for my help. Now I’m a little richer and in good with the Anvil City Watch – I’m starting to like this town!

Apparently I need to start paying better attention to lighting when I take these screenshots. Most of these look damn horrible. Also, apologies for not nabbing any decent action shots this time around.