I haven’t really sat down and attempted to complete anything new but I’ve definitely played some odds and ends on PC lately that I feel are worth a quick mention.

First, let me step back in time to something I forgot to mention several months ago which incidentally happens to me a lot with my blog – I randomly decide to pick something up for a few hours and put it back down without it ever earning a mention here. Anyway, I was feeling the MMORPG itch and since I hadn’t touched my old World of Warcraft account in quite a while I decided to make a brief incursion back into the galaxy of Star Wars: The Old Republic. You might recall when I mentioned the game originally that, despite being kind of a cookie cutter WoW clone in so many ways, I was actually quite fond of it and planned to go back. While I really wasn’t truly ready to return, having long since decided that this would be a game best played in all of its graphical glory after I build a new gaming rig, I still somehow ended up getting sucked back in. 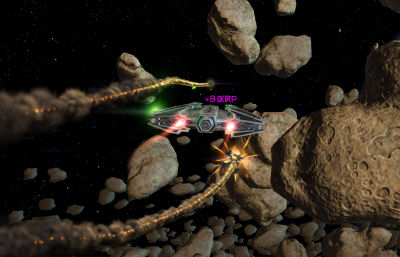 “The perks of dogfighting in an asteroid field.”

I played my my Sith Inquisitor through a whole new planet and got my first taste of the on rails space combat which was surprisingly fun and appropriately Star Warsy. Most of all, the game is still mainly most satisfying because I like my character which is to say I like the way I imagine my character. Make no mistake, this is a twisted amalgamation of the imaginary image of him I have and my head the very wrote and scripted ways he behaves (no matter what choices I make) in his storyline dialogs and cut scenes. This is still very refreshing to me and gives me a much greater sense of attachment to my character than I’d normally have in an MMORPG, or even a lot of single player games.

I got so into it, in fact, that I ended up rolling some new characters in some other Sith Empire classes just to get an idea for the other characters and storylines at my disposal. I played a ruthless female bounty hunter pirate and a goodhearted but dutiful imperial agent somewhat based on the titular character from the Rogue Trooper comics and enjoyed the hell out of both. While I intend to stick it out with my Inquisitor (when I return to the game sometime later) I can definitely see why some people with far, faaarrrr more free time than I opt to level up each of the classes in the game. 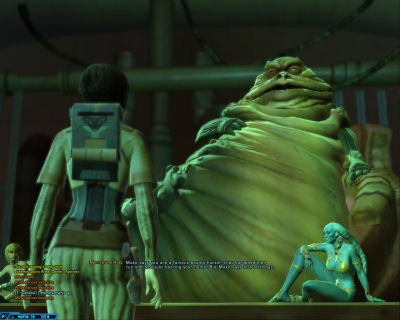 “An audience with Nem’ro the Hutt.”

Moving on, I got a bit of an itch to play a classic hack and slash action RPG. I’m not quite sure what inspired this but I decided to warm up the original Torchlight. Although I got fairly close to the end (or bottom of the dungeon, as it were) in my first playthrough as a Vanquisher I had never actually beaten the game. You may recall from a 2012 blog post that I was considering replaying it on Xbox Live Arcade and actually played around with an Alchemist at the time to do a little theory crafting, so this time I went through on Hard mode with a brand new Alchemist. It was fairly fun, though I more or less breezed through the first two thirds of the game until I reached somewhat of a difficulty spike in which my character switched from an iron cannon of doom to a wee delicate glass cannon and I suddenly found myself relying quite heavily on my potion stores. I started to feel a bit burnt out by the repetition and lack of good loot upgrade options but forced myself through to the end anyway. While I still standby my words of immense praise for the game I’m definitely curious about whether or not the team at Runic managed to fix these issues with Torchlight 2. 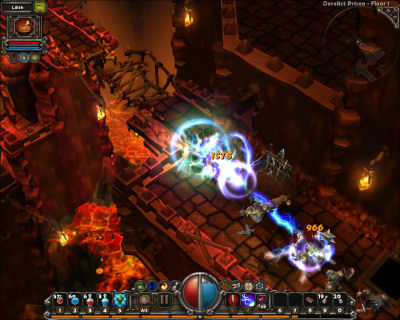 While the loot system (and the rest of the systems, really) are essentially refined versions of those from Diablo 2, I felt like I so rarely ever got loot that was actually better than what I had that it made the whole looting, identifying, and selling cycle more of a chore than anything else, and it isn’t like this was because I was already wading through the dungeon in some exceptionally awesome, epic gear or anything. One thing that isn’t lifted from Diablo 2 but rather Diablo is the mission and story structure. Torchlight takes place in one town, in one large, somewhat randomly generated dungeon, and has a simple main plot and even simpler side quests. Diablo made up for this by having an amazing and compelling atmosphere and while Torchlight’s isn’t bad by any means, it doesn’t really hold a candle to that of the Diablo series.

So, after beating Torchlight (the final boss was bullshit, by the way!) I dusted off my last playthrough of Diablo 2 which I had also started all the way over a year ago in 2012 in anticipation for Diablo 3. I have to say, the Paladin isn’t my favorite class and act 5 (the expansion act) isn’t my favorite act either, or perhaps the dreaded ARPG repetition is simply in full effect by then, who knows. Regardless, I flailed Baal to a fiery grave. 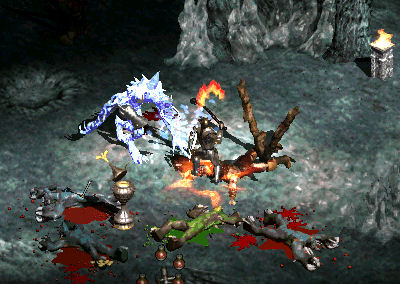 While playing back through again my above statement about Diablo’s atmosphere was reinforced without question, and then some. I simply love the dark, serious, gritty feel of the world of Diablo and Diablo 2. The music and sound effects are particularly affecting – I ended up turning off the otherwise excellent music in Torchlight and listening to some podcasts and audiobooks while playing it but in Diablo 2? No chance! I’ve got to hear that eerie score and the those freaky ambient noises and sound effects! After this playthrough I’m now foaming at the mouth to finally load up Diablo 3, providing it stays true to those aspects of the series. My only hesitation besides the impending launch of the expansion pack is sending myself into some kind of horrible ARPG overdose but I don’t think I can resist, especially after the major pre-expansion pack patch that just dropped has renewed so much interest in the game again. Ugh!