I was as surprised as anyone to hear that Battlefield 1 was, in fact, really fucking good. Battlefield Bad Company 2 was the last of the franchise I got into, avoiding Battlefield 3 and Battlefield 4 due to hearing about how shitty they were at launch. Yeah, I’ve heard Battlefield 4 has improved massively since then, but sometimes a bad launch is enough for me to pass over a game entirely. Still, Battlefield 1942 is easily one of my all time favorite online games, and one I have some amazingly fond memories of, and Battlefield 1 has, to some degree, rekindled a bit of what made me love the series in the first place. 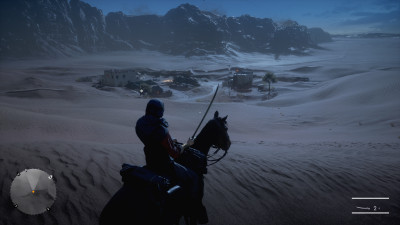 “Doing a little scouting for Lawrence of Arabia in BF1’s single player campaign.”

So what does it do so right? Well, first it has a fun mini-single player campaign that serves as a nice introduction to some of the basic systems of the game, such as flying a plane, driving a tank, riding a horse, and of course running around on foot. While not incredible, it’s presence is definitely appreciated. Next, the graphics and sound are just great: very epic, with detailed, varied environments, awesome particle effects, it’s exceedingly immersive, and I’ve been literally wowed by how intense being caught in the middle of the (frequently extremely chaotic) firefights can feel on more than one occasion as a result. Adding to that, the maps feel nicely dynamic thanks in large part to a return of the type of large scale destructible terrain/buildings we had in BC2, and then some, the introduction of behemoths, and a dynamic weather system. Absolutely great!

I admit I don’t play THAT much and outside of a couple of epic Rambo rounds and individual moments I’m not exactly a pro at the game. I’m usually either on foot (Support being my current preferred role due to a fondness of these old LMGs) or riding along in a tank most of the time. I really like the balance between infantry and vehicles, with tanks feeling intimidatingly tough but far from invulnerable as infantry, and capable for lasting a long time if played intelligently as a tank crew. Despite being sniped by a skilled bi-plane pilot or vaporized by a bomber on many occasions, planes also don’t feel like total ownage to be up against either. I still get owned by snipers way more often than I’d like, but the scope glint is quite helpful when you have the opportunity to exploit it. 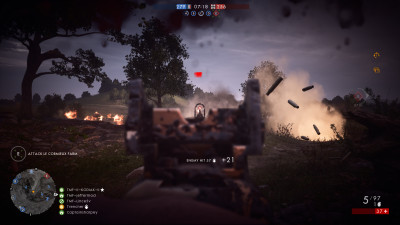 Outside of the occasional annoying sniper and/or artillery barrage ruining my day, one of the only things left to complain about how is how virtually everyone is running around with an automatic weapon – it definitely feels more like a World War II game to me most of the time, which has me daydreaming of a proper modern day sequel to Battlefield 1942. For the moment BF1 has totally unseated Planetside 2 as my go to online FPS, despite it not having nearly the pick up and play potential, given that a normal round of Conquest is going to take at least 20 minutes. Still, if I have 20-30 minutes free, I’m often compelled to jump into a game of BF1 instead of playing anything else.

Speaking of playing something else, I finally got around to checking out indie darling Gone Home. Despite all of the flak it got for being a “walking simulator” the premise of a short, narrative, exploration based first person game was appealing to me. That, and I was familiar with Steve Gaynor, the designer, from his time with the Idle Thumbs crew and his work with Irrational. 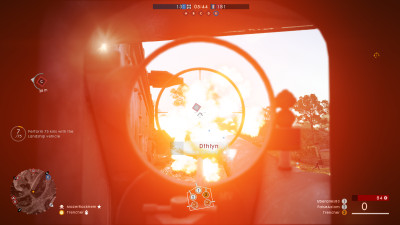 “WW1’s massive tanks are quite a lot of fun too.”

In case you’re somehow unfamiliar with Gone Home, the premise is that your character arrives at her family home after being away for quite some time to find it empty. As you begin poking around you start to find various clues as to what has been going on in the lives of your family members, particularly your younger sister, since you’ve been away. That’s essentially it, in a nutshell.

At first I was fairly underwhelmed by the game’s minimalist, oddly scaled graphics. For a game that takes place entirely within a single family home it seemed like the developers could have done a bit better with making this actually feel like a real house. Despite that, I soon found myself captivated by the mundanity and the mystery of it all.

Sifting through every unremarkable artifact of everyday life for some tiny clue as to what has been going on probably won’t sound captivating to anyone but the most perverse voyuers reading this, but enough of the old bills, letters, and notes you find are peppered with intriguing details that it somehow works. Soon you find yourself digging through every interactable object you can looking for a new clue, another answer. A storm rages outside, adding a creepy layer to the already slightly off-putting feeling of sneaking around in someone else’s house. If it weren’t for frequent references to your family and the game’s mid 90s setting, I might have felt like I was in some sort of film noir style detective game. 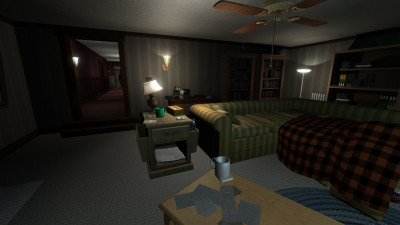 “Gone Home looks even worse next to BF1, but don’t judge a book by its cover.”

As for that mystery, early on I found myself trying to figure out what question I was even trying to answer, and without spoiling too much, let me just say that I felt like I knew a lot about where Gone Home’s plot went from hearing about it on various podcasts and the like, yet I still found myself questioning what was REALLY going on up until the very end of the game. Unfortunately this wasn’t helped by the fact that I somehow managed to miss a giant portion of the narrative which made the end seriously confusing. Admittedly, I doubt many people had that issue, as if you follow all of the clues properly you’re going to be finding almost everything, and in the correct order, but it still frustrated my particular experience. Regardless, as it unravels the story feels incredibly intimate and personal, which is likely the game’s biggest single strength.

I’ll have to stop myself before I spoil anything and just say that if you think you’d enjoy a quick, exploration heavy game then it’s hard not to recommend Gone Home. There’s something special about the game that comes together to feel like more than the sum of its parts. I’ll definitely be on the lookout for other, similar games in the future, including Fullbright’s next game, Tacoma. 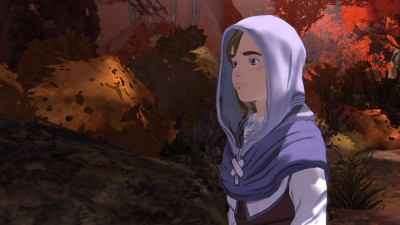 “Now it’s Gwendolyn turn to put her adventuring hat on.”

Finally, a quick update. While putting together my last post I discovered that King’s Quest had a short Epilogue episode in which you play as Gwendolyn, Graham’s granddaughter. The concept of passing Graham’s spirit of adventure from onto Gwendolyn was a major point of the overarching plot of King’s Quest, so a quick teaser episode that has you adventuring as her before a full on, follow up series is totally logical. What’s less logical is that it is only available to those who bought the “Complete Collection” package, not to people who bought the episodes piecemeal or bought the season pass like I did. Lame, very lame. I had to settle for watching a walkthrough of it on YouTube. Thanks guys… 🙁