As mentioned when I wrote about Iron Brigade originally, I bought the game’s DLC expansion, Rise of the Martian Bear, shortly after completing the main campaign. I didn’t immediately dive into it and actually ended up taking an even longer break than originally planned. In fact, it had been so long that I considered not even playing through it since I’d surely lost whatever skills I’d managed to build up over the course of the original campaign, and I’d read that the expansion was notably harder than the original campaign to boot. Alas, despite some reservations, I finally talked myself into it. 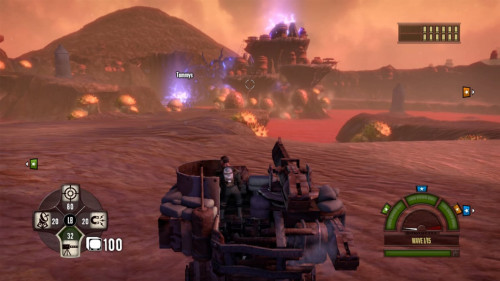 “Back in the trenches again!”

When I finally got around to playing it I discovered that the game had been pulled from Game Pass, popping up a licensing error when I went to launch it. Not entirely unexpected. What was unexpected was my inability to actually purchase the damn thing! When I went to the game’s store page I received a weird message that the game was only purchasable on Xbox 360 or on xbox.com. Ok? At first I thought maybe this was an odd side effect of having already had the game installed, so I went ahead and uninstalled it and tried again. No dice. I begrudgingly went to my PC and pulled up the Microsoft Store webpage. Oddly, I got the same error there. Finally I had to resort to booting up my old Xbox 360 and buying the game there, at which point it worked normally on my Xbox One once again. This whole thing was absolutely bizarre and I have no idea what the issue actually was – I could buy some other Xbox 360 games on my Xbox One, just not Iron Brigade. Perhaps this is some sort of licensing issue but that’d be even weirder since Double Fine is owned my Microsoft these days.

Anyway, onto the game. First, if you’ve read my original blurb on Iron Brigade, Rise of the Martian Bear doesn’t really change anything I had to say about the game back then. Instead, it adds a 5 mission sort-of epilogue to the original campaign and expands the level cap, adding a fairly large amount of new, higher level loot to compensate. The new maps are, of course, playable cooperatively as well as in Survival mode. And that’s about it! That was plenty for me though, and just like with the original campaign I replayed every level until I managed to get a gold rating on it. 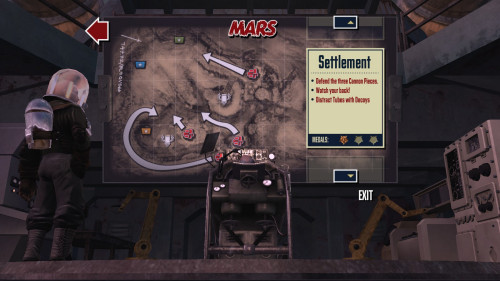 Getting gold on these maps was no easy feat given how rusty I was at that game. In fact, I was stuck on the DLC’s third level, Settlement, for quite a long time, trying a mind boggling number of variations in strategy and loadout before I finally nailed it. Things got so desperate that I even briefly dipped into Survival mode to try to score of the game’s more exotic, mode exclusive rewards to buff my damage output. Eventually I succeeded and brought my time with Iron Brigade to an end. For the record, a combination of carefully placed sniper turrets, a few machine guns turrets to help mop up Knobs, and aggressively running my dual Muerte Fiesta Numero 6’d engineering trench around the map to do as much of the actual Tube elimination legwork as possible myself was the key.

Rise of the Martian Bear doesn’t really do anything significantly interesting and the ridiculous story is perhaps even more throwaway than the original campaign, but it’s basically just a content pack, so if you really liked the base game (or absolutely loved it in my case) the expansion pack isn’t a hard sell. If you didn’t, well then there’s absolutely nothing redeeming for you here.

Besides that, the other game taking up a lot of my time lately is, of all things, World of Warcraft Classic. 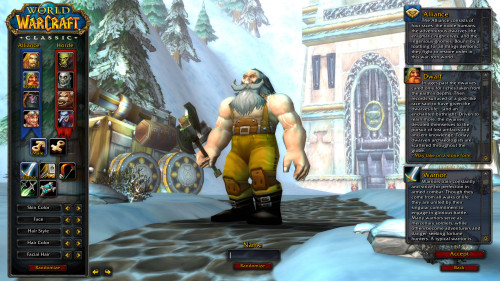 During a long and tedious build up that seemingly started from the moment the game was first patched and continued with consistent nostalgic whinging about “the good old days” of so-called vanilla WoW (and increasingly, the Burning Crusade expansion and even later eras) on every relevant forum out there and culminating with Blizzard finally caving and announcing WoW Classic, I never really owned that particular pair of rose colored glasses. Sure, I had some great memories of the early days of WoW and yes, some of the changes subsequent patches and expansions made were debatably negative, but there were also innumerable improvements, some quite major, along the way too. As I saw it, I was fine with the glory days of World of Warcraft remaining confined to exaggerated “back in my day” anecdotes and as an effortless yardstick to compare other, newer MMORPGs against.

In the summer of 2018 I changed jobs, going from working in IT departments consisting of just a couple of dozen people at best to working alongside literally thousands of fellow geeks. As the launch of Classic approached we ended up with more than a dozen people on my team alone signed on to play and I figured jumping on the bandwagon could be a lot of fun. When Classic finally launched and I joined my co-workers on Discord, I was surprised to discover that a lot of the members of my original World of Warcraft guild from back in vanilla along with numerous other friends I’d known over the years also logged in fighting the same launch day queues as we were. Remarkably, it seems like almost every last one of my online gaming buddies was drawn back into the fold. How long most of them stuck it out, I can’t say, but despite most of the gaming media I follow dismissing Classic, it seemed like it was actually a fairly big deal in my circles. 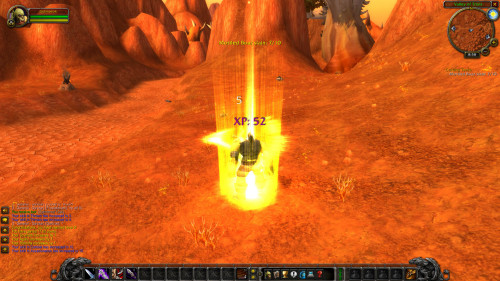 After a lot of internal debate I decided to fully embrace my nostalgia, creating a character absolutely identical to the character I “mained” in vanilla – the same race and overall appearance, the same class, and I even managed to score the same name despite it coming from the in-game name generator. Gulmorok the orcish rogue was reborn (the original having since been converted into a dwarf and moved between servers multiple times in WoW proper, as discussed before.)

Personally, jumping back into what seems to be a pretty damn solid recreation of original World of Warcraft has been an absolute trip. It’s amazing how well I remember the zones, the enemies and the particulars of many of the quests, and even the idiosyncrasies of various mechanics. The original 2004 era graphics and sounds still hold up incredibly well too, which surprised me after long since getting used to the newer character models. What doesn’t hold up quite as well is the actual gameplay. In 2004 the design, a fairly shameless mass market friendly iteration on the EverQuest style of theme park MMORPG, felt pretty damn great if you were in to those types of games back then. Having long since moved on to successors like The Old Republic, Elder Scrolls Online, hell, even newer World of Warcraft expansions, the design of vanilla WoW certainly feels as dated as it sounds to describe it like that. It’s not so much “hard” as it feels like it’s been designed to just utterly disrespect the player’s time – tedious, grinding quests, huge amounts of travel between different areas, a poorly structured quest content flow, and of course the ever present joy of constantly bumping up against the poverty line, are all things probably best left in the past. 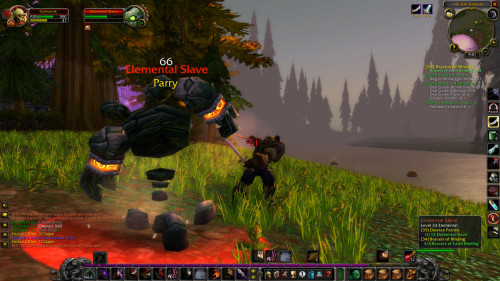 “Much, much later, grinding in the Alterac Mountains.”

Case in point, in my mid 30s, I’m having to constantly bounce between zones to do quests that are actually level appropriate (a luxury largely enabled by third party addons and data dump websites, by the way) and I know that, just like in 2004, I’m quickly approaching the level range where a lack of ANY appropriate quests becomes the problem, requiring grinding dungeons or mobs to stay properly leveled and geared. Adding to that, I’m playing on a PVP server for the first time in years and Blizzard just turned on the honor system, meaning that people’s willingness to go out of their way to gank you while you’re busy trying to complete a quest or otherwise mind your own business is at a peak. Of course as a rogue I’m uniquely equipped to deal with these assholes, or at least take opportunistic revenge on them, but it’s still annoying. Fun times!

While I have been tempted more than a few times to jump off the treadmill and devote my limited free time to playing through more single player games, I’d be lying if I said I wasn’t having fun. The Azeroth that Blizzard built with World of Warcraft remains still somehow compelling to me, and looking forward to when PVP battlegrounds are finally launched and my co-workers and I can put together some “premade” groups is keeping a lot of us going for now.

In the meantime, Blizzard just announced yet another World of Warcraft expansion and Diablo-fucking-4, both of which have my attention. Despite being increasingly clear that they’re no longer the same company I fell in love with, Blizzard is still somehow managing to make a case for its relevance in my gaming life.

Settlement map screenshot taken from from misc. places on the Interwebz. The in game shot is actually mine though. An original Xbox 360 screenshot on here? Is this the end of an era?! Probably not!