I’ve been absolutely pining to play ArmA again lately – perhaps finally dedicating myself to an organized team with regular play schedules, even. For now I’ve been sticking to watching a ton of ArmA 2 related videos on YouTube. I’ve found them to be a great source of background noise and entertainment while at work, especially some of the better channels like Dslyecxi’s fantastic ShackTac stuff.

Additionally, I’ve decided to scratch the itch by replaying the original Operation Flashpoint: Cold War Crisis and Resistance campaigns (using the PC re-release version, ArmA: Cold War Assault.) This is actually the first time I’ve played through the whole game on PC – most of my quality time with the original OFP was actually done with the Xbox “Elite” version, which was pretty much identical apart from some (barely) improved sound work, models, and textures and some enhanced graphical effects here and there. It even had a more or else intact editor and the same rad online co-op action as the PC version. 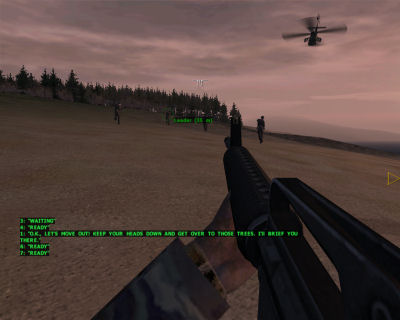 “Ahh, we were so innocent in those early missions…”

The PC version has aged pretty badly in some respects – barren looking landscapes thanks to a lack of ground-cover, the annoying, choppy radio chatter (A staple of the engine, which seems god awful when you first hear it but after getting used to it and even starting to rely on its information, is rather useful) and the ridiculous soldier models and animations. Regardless, the landscapes are still massive, the vehicle models are still quite serviceable, and the immersion of the soldier simulator-inspired action is still hard to beat in “Tactical FPS” circles once it clicks with you. I’m actually enjoying myself though I really don’t remember some of these missions be so brutally fucking difficult. Ugh!

Oh, and coincidentally, I also came across this excellent OFP retrospective after I started replaying it. Fun read. 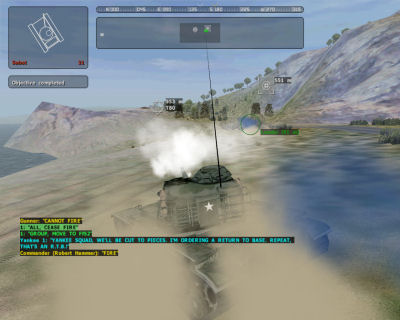 Will I get around to dedicating myself to ArmA 2? That’s hard to say. I plan on playing through ArmA and ArmA 2’s various official campaigns first and then… well, by then ArmA 3 should be officially released. That’ll be perfect timing to hop on that bandwagon, although I might need to build an entirely new gaming rig to play it smoothly. 🙁

On the console front I just wrapped up playing through Defense Grid: The Awakening’s main single player campaign on XBLA. If you’ve never heard of it, Defense Grid is a fantastic sci-fi tower defense game. You probably have though – the PC version was quite popular years ago on Steam. Regardless of which version you go with I’d say it’s a “must play” if you’re a fan of the genre – it’s excellently executed on all fronts. Good graphics and sound, challenging and varied maps, and absolutely refined, classic tower defense gameplay. I’ve said it before, but I love a well-done tower defense game and I had a hard time putting this one down for long. I’ve still got plenty more of them on my backlog but I’m pretty sure I’ll be returning to Defense Grid to play the Portal themed “You Monster” DLC campaign at some point in the future. 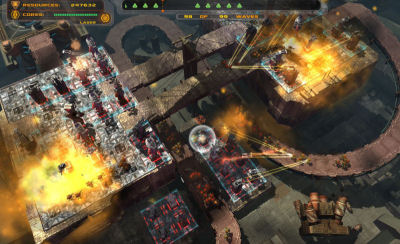 “The more towers the merrier!”

Next on the 360 will be yet more exploration of my backlog. I’ve been feeling like a World War II shooter lately so I think it’s finally time to give Call of Duty: World at War’s campaign a spin, despite how much I’ve grown to hate Call of Duty’s single player gameplay in recent years. Wish me luck with making it through that one without pulling out my fucking hair…