Well, what I’ve actually been playing for the last few months is Grand Theft Auto V. I’ve been a fan of the series since the first game, and even dipped my toes into GTA V when my partner would occasionally recruit me to help her with her playthrough years ago, so I knew I’d be playing it eventually. Despite owning an Xbox 360 copy of it for years now, it showing up on Game Pass at just the right time inspired me to finally take the plunge and install the Xbox One version. Of course, it was removed from Game Pass well before I was finished, and by then purchasing it was incredibly easy to justify. Congratulations Microsoft, your insidious plot to make us buy games by giving them to us for free totally worked! *shakes fist* 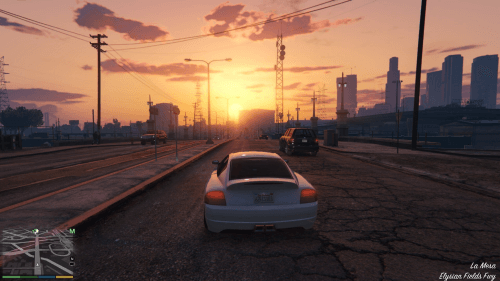 “Back behind the wheel again!”

I’d say it should be no surprise to readers of this blog, but honestly, my game logs from GTA IV (along with The Lost and Damned and The Ballad of Gay Tony) weren’t really as positive here as they are in my head. Perhaps I focused a little too much on my criticisms? To save you some reading and myself any further explanation, let me just summarize by saying that I loved GTA IV. It wasn’t without its flaws, not by a long shot, but it was an amazing game. Thinking back to almost 10 years ago when I first played it, here are the prevailing impressions it left, in no particular order: the absolutely incredible job Rockstar did on Liberty City and its various simulated systems; the numerous improvements and additions to the series’s core gameplay systems (the cell phone, the GPS, improved combat, better mission checkpoints, etc.); the brilliant Niko Bellic and the noticeable “Ludonarrative Dissonance” around his story; the weird, weighty physics to everything, particularly when controlling vehicles; and the busted pacing of the story, which sometimes felt a bit aimless and certainly seemed to fail to really push most players through to the end. Obviously, those aren’t all positives. There I go again!

Well, I’m happy to say that it’s follow-up addresses or otherwise enhances every single thing on that list, and much more. I think that Rockstar might have literally bulleted every major complaint people had about GTA IV and used that list as the foundation for their design documentation. Really! It would be incredibly blatant if they weren’t improving what was an already great game. 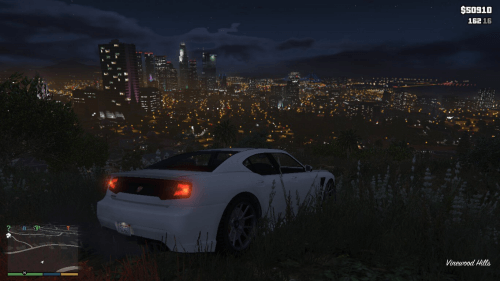 “GTA V’s San Andreas is a technical and artistic achievement.”

Going back through my list, to start, GTA V’s San Andreas is just as incredible as Liberty City was, and for every one of the simulated systems that’s been slightly dumbed down, another has been added. Plus, we have the expansive desert area to the north of the city, and even the underwater areas of the map (and keep in mind San Andreas is a coastal city) have been fully fleshed out. It definitely takes some cues from Red Dead Redemption, with more scenic outdoors areas, better natural lightning, and more wildlife than ever before. While I wouldn’t call it perfect, it is without a doubt an astounding technical feat. While I may not end up having the same long term emotional associations with San Andreas as I do with Liberty City, I’d chalk that up to my personal connections with the real-life locations those in-game cities are based on and not any fault of the games themselves.

Systems wise, pretty much every last thing I complained about from GTA IV has been “fixed” in GTA V, and even the major improvements GTA IV introduced have been yet further improved. For instance, the cell phone is less intrusive and more usable, the GPS is less finicky and much easier to read, the combat is even smoother, with things like targeting and the cover system being a lot easier to use, and mission checkpoints continue the trend of GTA IV’s DLC episodes (and the later Red Dead Redemption) of being more conveniently placed to make failing and/or dying on a mission way less of a headache. Every mission is also scored and easily replayable, not to mention better integrated into the open world in the first place. Perhaps my only real complaint in this department is that more and more of the side systems have become buried as the series has gone on. As an example, I didn’t even realize I could “hang out” with characters in GTA V until near the end of the story because it simply isn’t a feature that factors into the core gameplay. This has always been a thing in Grand Theft Auto though, and maybe it’s better than the alternative of the game forcing these little fun diversions on you by awkwardly shoehorning them into story missions. 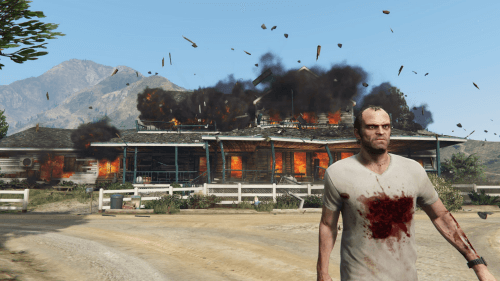 While I wouldn’t claim there’s zero story and gameplay segregation issues with GTA V, Rockstar largely solves this problem by giving you three characters to play with their own personalities, backgrounds, and motivations, all of which can, to some degree, justifiably engage in those classic Grand Theft Auto open world rampages. This certainly helps avoid situations like Niko complaining about how he just wants to live in peace and start a new life sandwiched in between the massacre of hundreds of cops and the slaughter of half of Liberty City’s gang population. Hell, the infamous Trevor Phillips seems to be largely designed to represent that most chaotic side of player tendencies, and they even brought back the old “kill frenzy” system in the form of side missions for him. These new player characters are a little divisive it seems, but I can’t really relate to most people’s criticisms of them and their particular parts of the story, as I found them all perfectly enjoyably, even if Trevor’s violent insanity sometimes slips from being hilarious to feeling genuinely disturbing. Hell, you’re introduced to him brutally beating Johnny from The Lost and Damned to death in probably the series’s most WTF moment, at least for fans of that story.

GTA IV’s weird take on “realistic” physics are, for all intents and purposes, totally gone. The game still feels a bit more grounded in reality than previous GTAs which is probably necessary to maintain Rockstar’s priority for strong player immersion with this engine, but driving feels more like an arcade racer yet again, and it really seems like everything has been repurposed with a focus of being, you know, actually fun, in mind. What a concept! Speaking of which, planes are back! There’s even submarines! 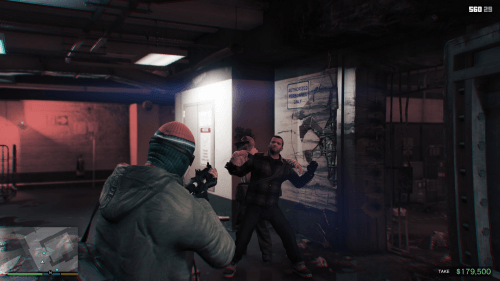 “But there’s still a bit of moody crime drama too…”

Finally, the story definitely meanders a lot less than GTA IV and doesn’t run out of steam before the end despite being around the same length overall, if not a tiny bit longer by the time you throw in a healthy heaping of side missions. No, it’s not flawless. Everything you’d been doing in San Andreas comes to a screeching halt as you end up in a new setting and with a new cast of characters when Trevor’s first introduced, for example. Still, it didn’t feel like it dragged on anything close to as badly as GTA IV did. Despite being able to swap between 3 protagonists at will, the mission structure is more linear which helps a lot with this, and the missions themselves tend to be much less linear as a nice trade off. Tonally, it feels a lot more like The Ballad of Gay Tony than GTA IV proper, which is to say a little more action movie than moody crime drama, though, in keeping with that similarity, the missions are a lot more over the top (and a lot more fun) as a result. Besides, Rockstar has Red Dead Redemption for that mature, serious storytelling stuff now, right?

In the end, GTA V feels like a great summation of the entire series, with the best overall versions of almost all of its systems, a ton of throwbacks and references to earlier games, and quite a lot of fun to be had. I could go on and on about this game. I mean, I haven’t even talked about the new first person mode, the excellent soundtrack and radio stations, all of the new side activities, or hell, GTA fucking Online, but I’ll just finish up here by saying that I absolutely love Grand Theft Auto V!