I haven’t been doing a lot of gaming lately, period, due to work and other responsibilities taking up most of my time, and most of my tiny bits of game time have been spent with some retro titles I hope to review soon. That said, I have found a little time to play some new things.

After enjoying random bouts of trading off the controller for games she’s been playing, like Assassin’s Creed IV: Black Flag and Grand Theft Auto V, my girlfriend and I decided to try finding something we could play together. I suggested she play through Telltale’s The Walking Dead, and that I’d be happy to hang out and watch since I loved the game and had only played it one time, and was curious to see how it might play out differently for her. Long story short, she had a great time and was interested in playing other Telltale games in the future. 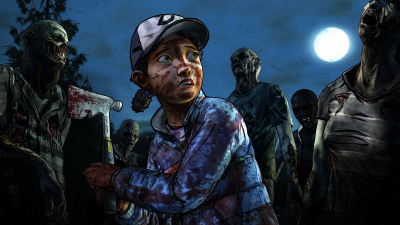 The Walking Dead: Season Two was an obvious choice for the next game. We decided to take turns playing the chapters while the other watched which worked out quite well. All in all, the game is more of the same as the first season. Not much in the way of pixel hunting and inventory puzzles, with dialog choices being the player’s main input into the game, plus the addition of occasional action (often quick time event based) sequences. As with the first game, where it really shined was with the story and character development. In fact, I have quite a hard time deciding which game I liked best – a problem I honestly didn’t expect to have.

Lee was one of the most enjoyable aspects of the first game, and likewise Clementine’s struggles are almost equally, if not equally, compelling. Season Two seems to be a little bit more willing to shock the player with unexpected plot twists and the occasional tragic death or random gory moment. While the first game had me invested in Lee and he and Clementine’s fates, the second one had me deeply invested in the story itself – I constantly found myself pining to find out how a foreshadowed event was going to play out, what the next twist would be, and eventually, how the game could possibly wrap up to a nice conclusion with the desperate situation the party eventually finds themselves in. 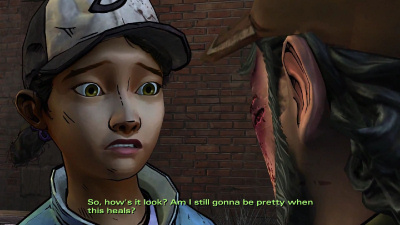 I also felt like the fact that, unlike the first game, Season Two ACTUALLY effectively branches out into various different endings, was much more interesting and satisfying. The first was satisfying in its own way, don’t get me wrong, but overall the second season left me feeling unusually satisfied with my experience. The characters and story are well developed and the switch of lead protagonists to Clementine avoids feeling like it’s just a gimmicky cash grab after the somewhat unexpected success of the first game. Not at all. Awesome! While there doesn’t need to be a season 3, if there is they’ll have to make it look pretty disappointing to not have my interest.

For our next game I decided to pick up the console version of Diablo III – Diablo, you may remember, is a game series that I like a lot, and I’ve heard nothing but good things about the console ports of Diablo III, especially when it comes to same screen cooperative play. Unfortunately we haven’t had much time to try to play through it since we first picked it up so more on that one later, but at the same time we also randomly picked up a copy of Tropico 4 for the Xbox 360. 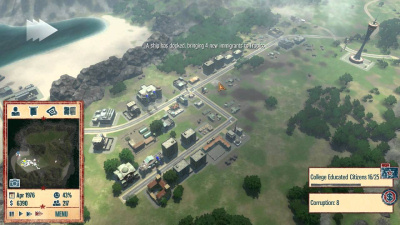 Tropico is a series I’ve had my eye one since the very first game was released. The concept is excellent – a SimCity like city builder game focused a little more on the social and political side of building and running a city, with the tongue in cheek twist that you’re the dictator of a tiny island nation very obviously inspired by Cuba. All the stereotypes are there – does El Presidente try to appease the USSR or the USA? Does he (or she) set up democratic elections, SET UP democratic elections, or simply assassinate any political opponents that come his way? Oh yeah, and let’s not forget rum and coffee exports.

This introduces all kinds of new challenges – since you’re an actual island NATION, not just a city, resource gathering and production are highly important, as are keeping the local political hopefuls and dissidents in check, and keeping the geopolitical powers happy with you too. Managing imports and exports, as well as immigrants and tourists, all while growing you country and your city. This lets the developers add all sort of systems into the game that can allow for some fun and challenging scenarios as you might easily imagine. 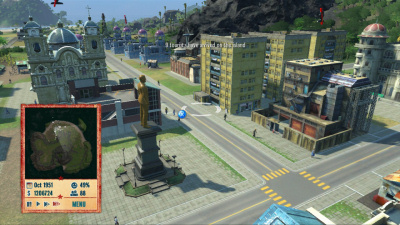 The port is surprisingly well done for a PC-centric strategy game ported to a console with a great adaption of the interface and controls to the Xbox 360 controller, and despite mostly just playing with the sandbox mode so far, both of us have sunk plenty of time into the game and enjoyed it immensely so far. The campaign offers the same gameplay but with a combination of specific goals and artificial adjustments of factions, events, etc. to mix things up a bit. I’ll probably end up picking this (and some of the other titles in the series) up on Steam at some point and playing it the way it’s meant to be played, but this has been a great purchase for something we just happened to pick up on a whim.