America’s Army 3.0 was announced a couple of weeks back. This really isn’t major news to anyone following America’s Army as they’ve been talking about this 3.0 version here and there for a year or so now though I suppose this is the first official announcement along with the launch of an official website and dump of new information.

America’s Army 3.0, or just AA3 as it is being called (for some odd reason since AA1 and AA2 were technically the same game) is a complete rewrite of America’s Army. When America’s Army launched in 2002 it was one of the first games to use Unreal Engine 2, it was later upgraded to Unreal 2.5, and now with 3.0 it’ll be upgraded to… Yes, you guessed it… Unreal 3.0! That’s not the biggest deal for America’s Army fans though – Like I said, it’ll be a complete rewrite. This means new totally new and reworked features including major ones like an overhauled ballistics system, a new UI, a totally reworked honor/experience system, all new maps, etc. This is a great opportunity for new players to join the game as, depending on how drastic some of these changes are, everyone will be starting over from the ground floor. Now, a lot of what is changing in AA3 has yet to be leaked so there’s only so much we can dwell on the subject without entering fantasy land but suffice to say it is pretty exciting to fans of the previous game and of the Tactical FPS genre in general I’d imagine. 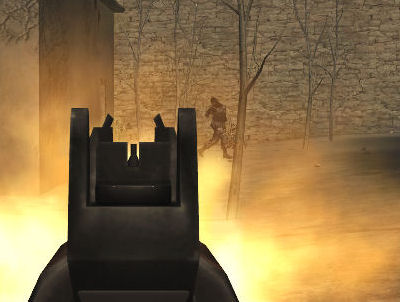 I know America’s Army isn’t everyone’s couple of tea to put it mildly. It really is quite a challenging game and its brutal, online only gameplay makes it very intimidating to learn and become good at. Then there’s the whole “Army propaganda” stigma that keeps a lot of people from even considering trying it in the first place. If you’re one of those people, believe me, I was skeptical myself as well but America’s Army is a great, high quality, completely free, online tactical FPS game. The propaganda isn’t shoved down your throat nor will a military recruiter suddenly appear on your doorstep if you start rocking the leader boards. Give it a shot! I could go into much more detail about the game’s mechanics and what makes it unique but suffice to say I’ve had my share of time with it.

I first got into America’s Army back when I was still playing Planetside with an old guild I was in, The Praetorian Guard. A few TPG members decided to give it a shot, being free and all, during some off hours just for fun. A few guys from work had also tried it, again, thanks to it being free. I really couldn’t get my head wrapped around it though. The game felt challenging enough with its precision ballistics, brutal damage, and methodical movement without you being forced to play online in Counter-strike style “one life per round” team based matches where being the last one alive meant your teammates were most likely observing your every move, commenting about what an idiotic noob you are, and plotting to vote kick your worthless ass off the server. It was just far too intimidating of an environment for me to try to learn the game in… and you definitely need to “learn the game” considering the objective based gameplay and often complex maps. 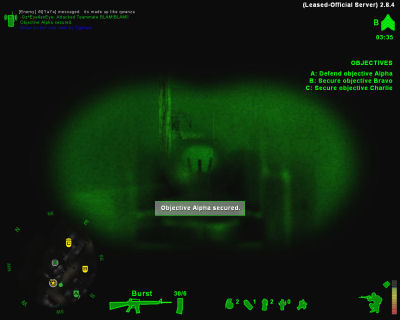 “Watching a corner in the darkness.”

One of the times that TPG had a little resurgence in interest and there was actually a good amount of us participating I decided to say screw trying to find good public servers and to just rent our own to fuck around with for a bit. The server was a pretty big success – our own little sandbox to screw around with. We were able to play whatever maps we wanted privately, play around with cheats to experiment with all of the different weapons available, and most importantly of all I was able to develop a much better appreciation of the game without the pressure of actually having to, you know, not suck! TPG eventually formed their own AA division and I eventually joined it. We set up a real server and even participated in tournaments and the like before I finally got sick of the game and moved on. I’ll talk more about my TPG days in future “Ancient History” entries.

I later went on to start my own clan focused specifically on the Tactical FPS genre. It fizzled out pretty quickly for various reasons. Again, massive tangent there that I plan to talk more in later posts. Suffices to say that my clan has been more or less on hiatus for the last 2+ years while I waited around for another tactical FPS to come along that fit the mold I was looking for. With my prior experience with (and appreciation for) the previous game and some plenty of old contacts from the America’s Army scene it may very well be the game that brings my clan back out of the mothballs. I’ve made several posts about the idea on the clans forms and chatted with some of my ex clan members about the idea. The response has been great so far and a few of us have even reinstalled the current version of America’s Army to casually get ourselves warmed back up a bit. 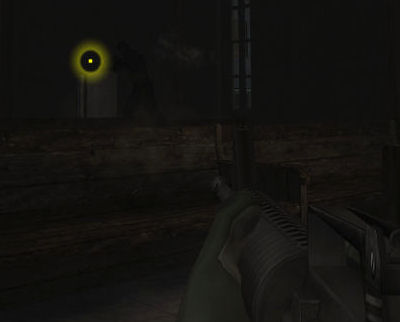 “No objective bravo for you!”

I find the whole idea both extremely exciting and a little daunting as well. While I miss the heart racing, adrenaline rushing intensity of clan matches I can’t help but remember that the stress of organizing and playing said matches was one of the reasons I quit playing hardcore originally. Another being the community filled with unsporting, anti-social idiots that a free FPS game like this naturally tends to attract. It is also, in some ways, an even bigger commitment than an MMORPG. Still, it has been quite a while and I think I’m up for the challenge again.

These screenshots are from the latest, pre 3.0 version of America’s Army, 2.8.4. They’re of me schooling noobs* just the other day and not of my clan or any of my past teams in action. (*) By schooling some noobs I actually mean doing pretty fucking horribly.