My memory of this time has faded significantly though I still fondly recall the quieter parts of my journey though Cyrodiil. Making my way on horseback slowly across great shimmering fields of blowing grass and wildflower, the fresh air tickling my nostrils, without barely a care in the world. 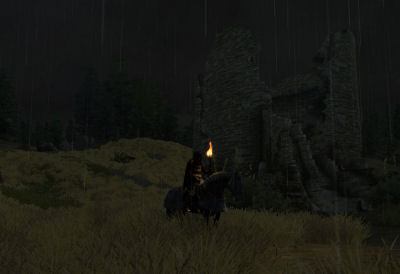 Not everything was so enjoyable, however, as during the several months I spent exploring and mapping Cyrodiil much time was spent in and around many of the less the desirable areas of the world – ancient, haunted ruins, beast filled caves, and bandit camps. The threat of attack was a nearly constant reminder of the deadly nature of my task. 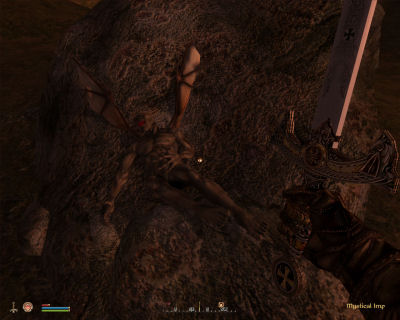 “The only good imp is a dead imp.”

If I recall I rode north from Bravil, past the Imperial City, and through Eastern Bruma first, finding some interesting new sites amongst the frigid forests. I then circled back around to the west and to Skingrad to record my previous findings in the area.

Along the way I hunted for my food and bedded down in the occasional abandoned camp site or amongst the worshipers at various shrines. When convenient I’d stop at cities and villages in order to clean myself up, sell my wares, sleep in a comfortable bed, and actually eat a good meal. 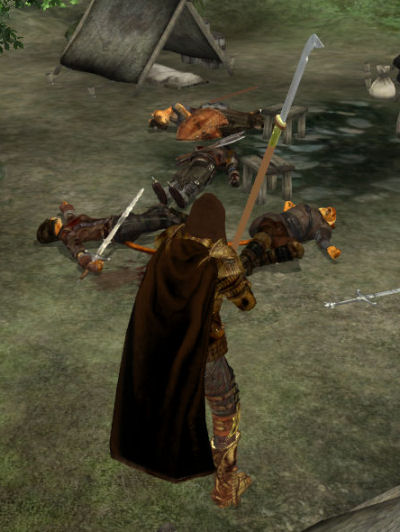 “Sometimes when you can’t find an abandoned camp to sleep at you have to abandon one yourself.”

While at this time, not knowing much about my own origins nor my current status regarding the assassination of the Emperor, I continued to avoid much conversation about who I was and what I was doing. Still, a traveler spotted one of my maps while I was paying for an inn room and inquired about my profession. Another man, an alchemist by the name of Sinderion, propositioned me with an additional task – a hunt for a specific, exotic herb that grows near water all around Cyrodiil. Given that I was already going to be exploring and, from time to time, gathering herbs I accepted his offer.

I had actually obtained the Nirnroot quest much earlier but didn’t see Sinderion until around this time. I already had enough Nirnroot for the first three parts of the chain and gathered the rest during the rest of my journey. 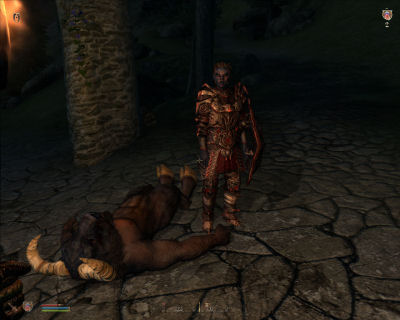 I continued west past Kvatch, though I didn’t stop to pay a visit at the city proper. There many strange goings-on in the area immediately surrounding the city and there were even rumors speaking of an evacuation. Some rumors spoke of such unbelievable things as Daedric invasion but many, more believably, suggested a plague. As I neared the city something was obviously a miss so I avoided it for the time being and continued onward, along the road, to Anvil. 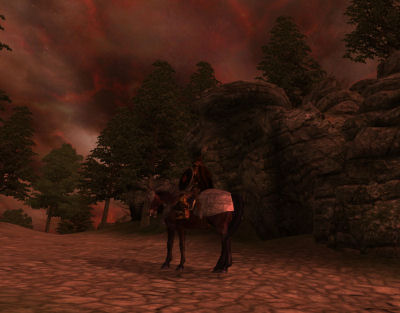 “Another pleasant day in Kvatch.”

Something in Anvil jogged my memory. I had definitely been here before but further recollection was beyond me. I spent only a few hours in the town before heading out into the northern wilderness. 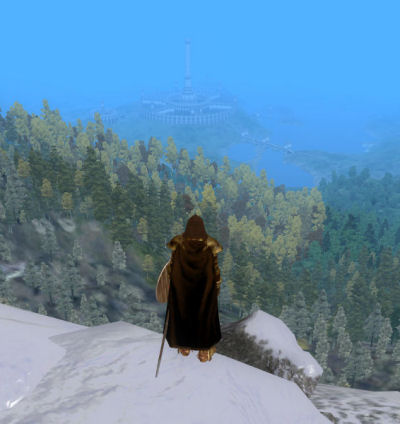 Making my way back east through Kvatch and into Chorrol I encountered quite a few deadly beasts such as trolls, minotaurs, and of course various species of imp. There were some very tough fights around this time but I was able to get myself out of every bad situation, thankfully.

I avoided spending too much in Chorrol itself, only stopping at the local Mage’s Guild to purchase some new spells. Weynon Priory, where I was supposed to meet Jauffre regarding the Emperor, was close by and I wanted to avoid it for now. 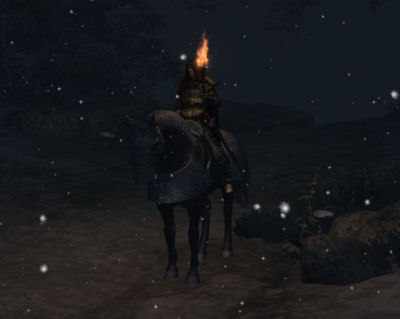 I continued back through Bruma, this time traveling through the northern mountains before stopping at the city itself. Around this time I stirred a great frost titan while exploring the area immediately around a rocky cave, and had to run for my life. The frost titan, in a rage, pursued me all of the way back to the city where it took a large number of the city’s best men to finally slay the beast. Quite scary.

Frost titans are some tough mofos. I ended up kiting him into Bruma hoping the guards would dispatch him but when they appeared to be losing I upped the cheese factor a bit and drug him directly into one of the guard barracks rooms in the castle. A dozen pissed off guards including a captain resulted in almost instant death. 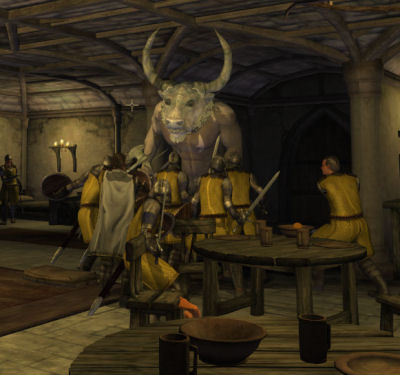 I made my way through upper Cheydinhal, past the Imperial City once more, and make a quick stop at Bravil once again. The cartographer was delighted by my progress though I wouldn’t let him take any of my work just yet.

I continued south through the city of Leyawiin, along the coast, and back north through the deadly swamps until I arrived back at the Imperial City, my journey complete. 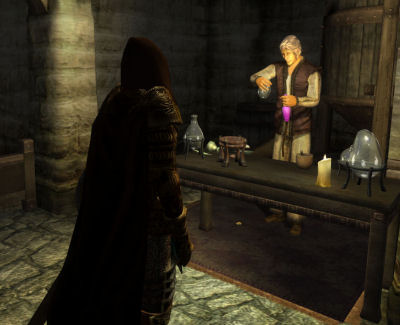 “Sinderion has the good shit.”

Of course, I made one more trip to Bravil to receive my payment and then headed back to Skingrad to present the alchemist with his “Nirnroot”.

Although this lengthy undertaking didn’t help jostle my memory as much as I had hoped I certainly had much in the way of opportunity to improve my combat skills, both in magic use and in swordsmanship. Feeling stronger, the next step in my preparation was to earn more funds. Most cities had odd jobs to take so figured I’d start there, in Skingrad. 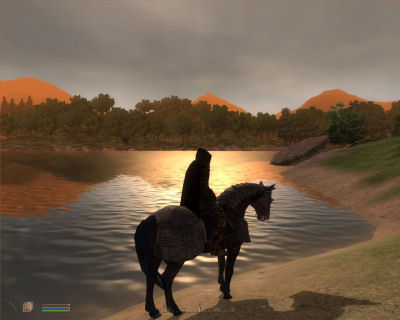 “Riding off into the sunset.”

I managed to make it to level 15 by the time my quest was over. I was shooting for more along the lines of 20, though riding on horseback for most of my journey allowed me to avoid many of the confrontations that would have helped me skill up. The trade off was worth it though as I’m dying to kick this Oblivion campaign into some of the more interesting stuff – you know, actual quests and the like. 😉