Seriously, who doesn’t want to ride around on the back of a dragon? They’re also waaaay cooler than your standard wyverns and gryphons even as the young drakes we get stuck with as mounts. While most of the cooler dragon mounts in the game come as rare drops and/or rewards associated with running heroic instances and raids, there are a few that are relatively easy to obtain on your own if you’re more of a solo player as I tend to be. 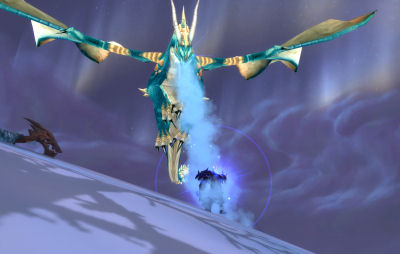 “Killing Vyragosa 50 fucking times is an unofficial but all too important part of acquiring a TLPD.”

First off we have a couple of proto-drakes. I really dig the way proto-drakes look – very vicious and rugged and their clumsy, primitive walking and flying animations are quite cool as well. You tend to see a lot less people on proto-drakes than normal drakes – I don’t know if this is rarity, a mattered of popularity, or that the rarer normal drakes and other flying mounts are a bit more difficult to acquire and therefore have an elitist appeal to them, but I like that about them as well.

To start us out what should, in theory, be the easiest of them is the “Time-lost Proto Drake”. A yellow and brown proto-drake with a cyan mouth. To get this mount all you have to do is track down and kill the level 80 rare spawn version of the same creature that flies around The Storm Peaks. The mount has a 100% chance to drop. Easy money? Not so much. The Time-lost Proto Drake is infamously difficult to track down due to its incredibly low spawn rates. Thankfully lot of research has been conducted relating to the TLPD’s flight paths, spawn rates, and the like but even armed with this information expect to spend weeks or even months camping out in the frigid mountains of The Storm Peaks for your chance to own this mount. 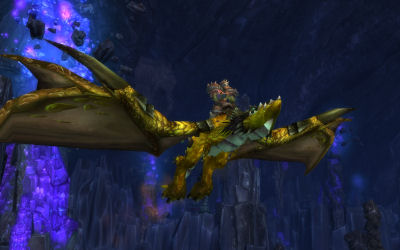 My own personal quest to acquire this mount took me well over a month, although relatively little of that time was dedicated to 24 hour camping until towards the end. The Time-lost Proto Drake is essentially a rare spawn of a rare spawn – it’s more common variation being the rare blue dragon Vyragosa which I personally killed dozens of times before ever seeing even a hint of the TLPD’s existence. Because of all of the competition on my particular server (your mileage may vary) I found that sticking to one of the 4 confirmed spawn points was the best way to guarantee your chance to see and get first dibs on the creature. You’ll want to use an add-on such as “NPCScan” as well as do some reading at Ponderance’s TLPD Resource site.

The other proto-drake worth mentioning here is the Green Proto-Drake. The Green Proto-Drake has an attractive green and purple coloration with a fiery orange mouth – it’s quite striking, really. Additionally it is much easier to acquire than the TLPD though it can still be a bit painful. Make your way to the Sholazar Basin and visit the Oracles to kick off a fairly painless 8 day reputation grind to get to Revered and then purchase a Mysterious Egg from the Oracles Quartermaster for a few gold. The egg will hatch in your inventory after 3 days (recently lowered from a much more annoying 7 day timer) which will then produce a number of random prizes. Many of these prizes are companions, including the cool and potentially valuable Proto-Drake Whelp, and one, the rarest one of all, of course, is our mount. 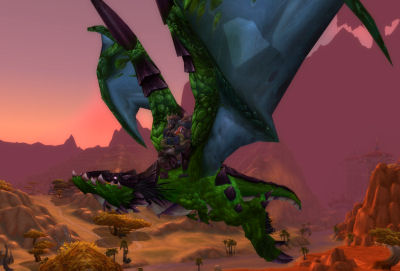 You’ll need a little luck to get the Green Proto-drake without purchasing more than a few eggs though if your luck isn’t so great you might end up with a veritable zoo worth of companions before ever getting the mount, but at least it doesn’t take much gold or work even if it does sometimes require a bit of patience. I believe my Green Proto-drake reins dropped after around 5 eggs though I’ve heard stories of it taking people months. My opinion? Worth it!

Finally we have an actual dragon as opposed to a proto-dragon, and an attractive one at that. The Red Drake mount can be acquired for a hefty sum of 1600gp by those who reach Exalted with the Wyrmrest Accord faction. Reaching Exalted reputation will require almost a month’s worth of running a few daily quests though if you don’t mind running dungeons you can also purchase a tabard once you reach Friendly that will give you Wyrmrest reputation gains in level 80 Northrend dungeons, speeding the process along fairly dramatically. Maybe it’s just me but I consider red dragons to be fairly iconic *flashbacks of the old Basic Dungeons & Dragons box set* and despite being relatively easy to obtain this is probably one of the better looking of the available drake mount colorations in my opinion – I prefer this one to the more commonly seen Bronze Drake mount. Normal drakes are also impressively large with massive wingspans compared to proto-drakes and other flying mounts. Everyone should definitely have at least one in their collections. 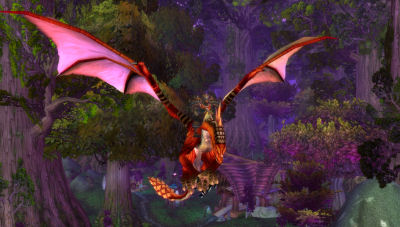 “I need a Wyrm Rest after grinding for this thing. *rimshot*”

Even though this is the “Northrend Edition” more or less I should give an honorable mention to Outland’s Nether Drake mounts. These bad boys can be obtained by reaching Exalted with Netherwing faction. This takes just over two weeks of running a fairly intense course of dailies and other quests but, time aside, should be a breeze at 80 or 85. You do require epic flight to complete this grind, however, making it fairly costly and unappealing for casual players who might not want to make the investment. I’ve never actually completed this reputation climb myself though it is a near future goal of mine.

The Bronze Drake is a 100% drop from beating a relatively easy boss in a heroic level 80 instance within a certain time frame. Although it was originally fairly challenging, these days not so much, particularly after Cataclysm. I’d think a group of 85s could farm this mount out very easily. The awesome looking Violet Proto-drake only requires you to complete every holiday achievement, most of which are soloable and quite easy to boot. “Only” however, doesn’t really take into account that we’re talking about taking an entire year to acquire. Still, if you’re patient enough…

That’s it for now. I may make another post in the future regarding the awesome new Elemental variety of drake mounts added to Cataclysm, of which some do indeed fall into the category of being relatively easy to obtain.