So, my switch to another server and to the Alliance has gone fairly well. The guild I found and eventually joined up with seems like a great bunch of people. The only downside (besides being Alliance scum) is that while they’ve got a semi-active forums and in game chat, almost no one in the guild uses voice communication outside of special events. Bummer! That said, I’ve had a good time adjusting to my new, much more active and interesting server and faction. As far as how I’ve spent my time, it’s been mostly accomplishing a few personal goals that I wanted to achieve: 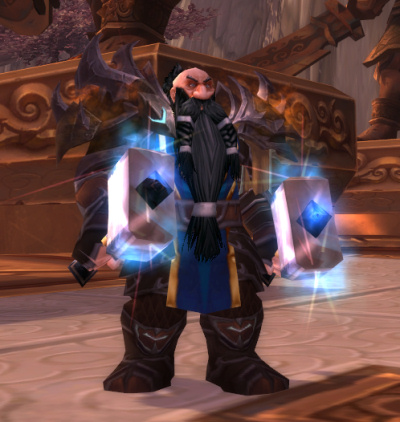 First of all, I immediately set out to finish grinding Tol’vir Archaeology sites and finally crafted my own Vial of the Sands. Awesome mount, probably worth the trouble, or at least the price tag to buy one pre-made off of the auction house. I went after a few other mounts as well. Trying to solo Sartharion in the Obsidian Sanctum 10 man proved close to impossible with my previous PVP gear. I did at least use that as a good opportunity to assess my rotation and get real deep into improving my damage output and (especially) mitigation. Still, I put that one on the shelf for a while. Actually, speaking of my gear I didn’t have a great time of it in actual PVP either for that matter. With that said, that was next one my list.

I dove back into the honor grind in a hardcore way with the goal of completing a full set of updated PVP gear which includes learning all about the dailies in the Isle of Thunder and then kept going until I had enough Conquest earned to upgrade to Conquest level weapons and a few other items. That took a while, but I was able to use the excess honor on heirloom gear to supply to my alts. The primary alt I wanted to start leveling was a PVP Holy Paladin. I had a Tauren Holy Paladin that I almost exclusively PVPed with on my old server and besides generally scratching my healing itch, it was a surprising amount of fun. Unfortunately, for some reason, despite all of my uber heirloom gear, my new PVP paladin seems largely ineffective. I still occasionally have rare moments where I’ll be able to slip into a groove and provide some damn effective healing but most of the time I either get focused on and taken down almost immediately or my heals just don’t seem effective enough and I find myself the last man standing until I again become the target and die far too quickly. Either something seriously bad has happened to lower level Holy Paladins in the last few big patches or it’s just a case of everyone’s alts having even more heirloom gear than mine does. Ugh!

Once I had my new PVP gear and a lot more practice at playing my class I took Sartharion down in no time and got my black drake mount. I haven’t bothered trying to go after the twilight drake yet (solo the 25 man version, for the record) as I’m sure that would be fruitless. I also FINALLY, after all of these years, purchased every last one of the PVP mounts. Woot! After that I took a brief break from my tireless honor grinding and did a tiny bit more Archaeology grinding so that I found finally have a full “Professor” title. 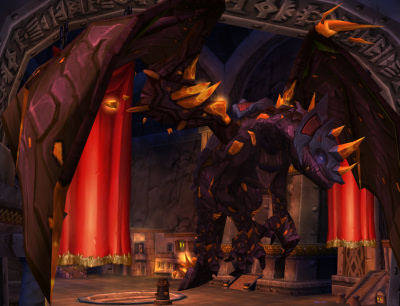 Another thing I had on my checklist was to update my transmogrification look. I had been rocking a set of the Mists of Pandaria quest leathers for a long time because I liked their look on my Orc. It looked just as good on my dwarf but when they added the level 90 character boost an identical looking armor set seems to be the default armor for rogues meaning there are tons of clones running around now. Not only people wearing the same outfit as I am, but ones who are generally pretty bad at playing their classes correctly in dungeons and battlegrounds and the like. Not cool! I ended up finding some awesome war hammers on the auction house and dusting off a nice old set of previous season PVP gear.

Next I had hoped to max out my Fishing and Cooking skills but after the last couple of months of playing hardcore again I’m already feeling the burnout creeping in. Am I still compelled to play? You bet. The problem is that my gaming time is so limited at the moment that devoting ANY of it to a regular MMO addiction means that I’m not playing much else and I have a growing Xbox 360 and PC game backlog I really want to dive back into. So, it’s back on the shelf for my WoW account for a while. I may play my alts occasionally, as leveling in the Alliance zones is still pretty fun for me, but other than that I don’t think I’ll be back full-time until the release of Warlords of Draenor in the fall.