Excuse my absence, and welcome to 2014! Despite the lack of updates I have, in fact, continued slowly slogging through my Xbox 360 backlog.

First, I was feeling like revisiting the World War II theater (most certainly inspired by recently watching HBO’s excellent mini-series “The Pacific”) and had a few selections in my backlog to choose from. I decided to finally check out Call of Duty: World at War’s single player campaign. I knew this was a risky move given my numerous issues with Call of Duty 4: Modern Warfare and Call of Duty: Modern Warfare 2’s campaigns but I remembered it looking really cool when it came out and hey, this was Treyarch this time, not Infinity Ward, so I thought maybe they’d handle things a bit better. I thought wrong. 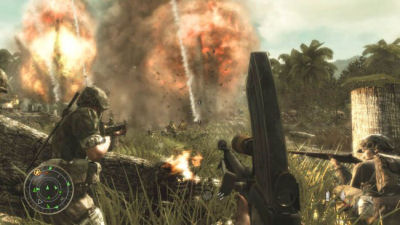 As usual this is another Call of Duty campaign filled with insanely annoying “meat grinder” choke-points, infinitely spawning enemies, and less than seamless trigger points. I’d so much prefer to be able to have some freedom to flank around my enemies and use whatever tactics I can come up with to progress through the battlefield but that simply isn’t what Treyarch was going for here. I mentioned this in both my posts about CoD4 and CoD:MW2 and I don’t feel any different about it in WaW. 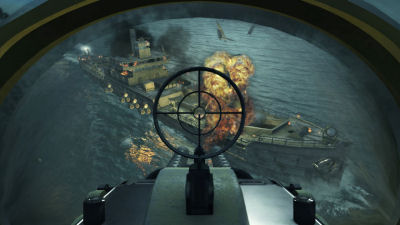 “The PBY mission was a little different, even if it was on rails.”

This may be my last Call of Duty campaign. In the aforementioned games I generally felt like it was the level structure that was bolted on to the otherwise great game systems (that work so well in multiplayer) that was the problem. This time I didn’t even enjoy the underlying systems. They just DO NOT work in single player with the insanity of the infinite enemies and the rest of the chaos going on. It’s always been pretty clear to me that the chaos of large scale battles is part of what they were trying to pull off with all of this scripted tomfoolery but I simply don’t find it fun or otherwise particularly gratifying. It’s cool to see the first few times, sure, but once you’ve seen behind that curtain all of the awe of these big set pieces fades away and you’re just left with trying to muddle your way through the remaining annoyances that make it all tick.

Oh, and I know people bitched about grenades in CoD4 but… what the fuck Treyarch? In many of the missions in this game I felt like the village idiot being pelted by frag grenades from every direction instead of rotten vegetables, and I must have looked like one too as I frantically ran back and forth trying get out of their blast radius or throw them back away like some kind of wildly incompetent juggler chasing his balls across the stage. Seriously, who thought this was fun? 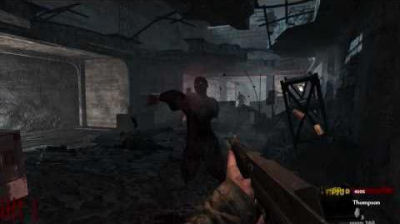 I never played any of the multiplayer modes in WaW but they sounded like an odd (read: bad) re-skin of the same systems from CoD4. Dogs instead of helicopters? Okay then. Still, might be fun? The one thing I did do, which is also the most celebrated new thing WaW introduced to the franchise, was “Nazi Zombies” mode with some friends via split screen a couple of years back. Sure, it is a simple take on the now almost ubiquitous Horde/survival mode that was all the rage for a few years there, but it was one of the first ones I know of to introduce some new persistent wave to wave systems to spice up the gameplay. Boarding up windows and managing your weapons as your area of responsibility expanded was pretty compelling gameplay, especially when played cooperatively as intended. Of course this mode was expanded on greatly in later Treyarch CoD games so checking it out now is almost purely for the curious.

Onto bigger and better things, I finally got around to playing through Rocksteady’s Batman: Arkham Asylum despite first playing (and enjoying) the demo way back before the game was released. What can I say? I’m slow. You guys should be used to this by now… 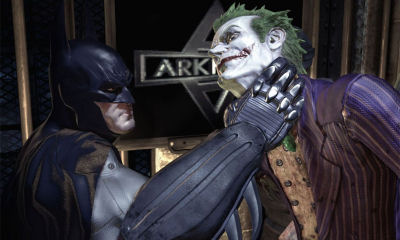 “This game could have ended so much more quickly.”

Arkham Asylum is, foremost, the best realized Batman video game ever. I say this for two particular reasons: Despite coming out at around the same time as Batman Begins, Rocksteady’s vision of Batman is unique, taking bits and pieces from all kinds of previous works and compiling them into something that really feels like the Batman that comic, cartoon, and movie fans love. The other is the gameplay, which is at last a good representation of what the character of Batman does. Sure, we’ve had plenty of fist fighting and grappling before, and even a little zip lining here and there, but Arkham Asylum combines fun fighting mechanics with a little stealth, a twist of vertical platforming, and a splash of puzzle solving detective work, all with an appropriate layer of super-inventor gadgetry item use.

While I didn’t grow to love the combat system as much as I suspected I might it’s definitely fun to dive into a huge group of thugs and tear them apart. I also really don’t think of this as much of a “stealth game” despite seeing a lot of people refer to it as one. That’s totally fine, Batman isn’t a ninja after all. He will, on the other hand, stalk you from the shadows until he has the perfect opportunity to suddenly hang your ass from the rafters to turn you into an example to the rest of your gang, and Arkham Asylum definitely delivers there. I wouldn’t have minded seeing a bit more puzzle solving and storytelling blended into the mix but I admit that’s a bit more subjective. 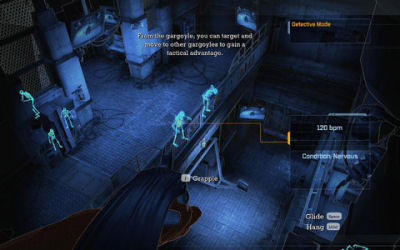 “Detective mode + gargoyles. The native habitat of the batmen.”

I was a little surprised at how blatantly “metro-vania” structured the game was, with the old “slowly gaining unlocks that allow access to previously inaccessible areas that you need to go back to paced out throughout the game” mechanic out in full effect. Thankfully most of the more tedious backtracking is allocated to the multiple item collection tasks in the game. These are completely optional and I chose not to go out of my way to participate in them this time though I definitely think I would have tried to 100% the game if I had played it back at release. That said, while I often really like metro-vania style games I think I’ll prefer the more open-world style of the later “Arkham” games when I eventually get around to playing them.

Overall, the triumph of Batman: Arkham Asylum is that it manages to make the player feel like they’re stepping into Batman’s shoes for a little while. It’s empowering and somewhat unique, but most importantly it’s damn cool. I’ll definitely be putting Arkham City on my shopping list!

As usual, Xbox 360 screenshots are stolen from people much cooler than me. Honestly, even if I had an HD capture unit I can’t imagine going through all of that work just for a few shitty screenshots.