Taking a quick look at this site the other day I realized how I somehow completely skipped posting about the last Xbox 360 game I completed. No surprise, as I was busy job searching, resigning from my previous one, and preparing to move across the country. Hectic times. The weird thing is that I definitely have vague memories of at least writing a draft for it, and I’m sure I would have had a lot to say about it. In any case, it’s been so long now that I really can’t go into as much detail as I’m sure I would have wanted me, so I apologize for glossing over the details a bit. 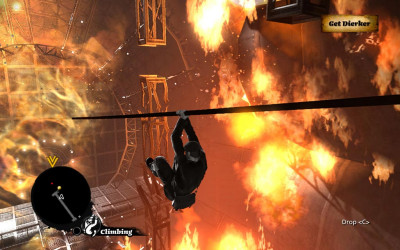 “Sabotaging the shit out of a Nazi blimp!”

Anyway, the game is The Saboteur. Pandemic’s World War II open world game. This is also Pandemic’s very last game before being shuttered. I personally really liked Pandemic – I enjoyed both of the Full Spectrum Warrior games and both of the Mercenaries games quite a bit, and I know hordes of people absolutely adored the Star Wars: Battlefront series as well. So, is this a glorious last hurrah, or simply the last nail in the coffin? To me, despite some rough edges, it’s definitely closer to a good send off than the total mess it could have been. The ex-Pandemic guys also have to be happy about the game becoming a bit of a cult hit in recent years, as it frequently gets mentioned as a “hidden gem” from the last generation. 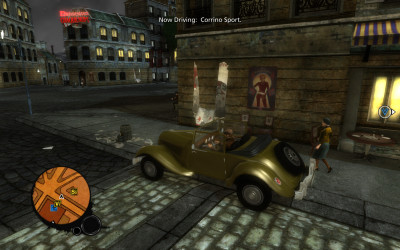 The Saboteur is, much like the Mercenaries series before it, a twist on the classic Grand Theft Auto 3 style of open world shooter/driver. The twist this time is that you’re a resistance fighter helping to liberate occupied Paris during the war, employing both ridiculous war machines like Mercenaries, and also stealth and subterfuge, including a parkour system obviously inspired by Assassin’s Creed. The more contemporary urban setting gives it a feel much closer to GTA than Mercenaries, which is a distinct difference and also a bit of a disappointment as I can’t help but daydream about what an open world game set in and around World War battlegrounds, including all kinds of heavy weapons and over the top combat, could have been like. That idea is likely a part of the original concept of The Saboteur, but only shows up here and there – there are tanks, artillery, machine guns, and big explosions, sure, but you’ll be spending most of your time driving (cars, not tanks!) around in the city and avoiding guard checkpoints and patrols. 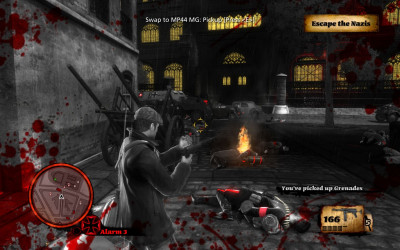 “Causing some chaos in the streets of Paris.”

The combat in The Saboteur shined the most for me when I went full crazy, purposely waging a personal war against every Nazi I could find, quickly escalating the alarm rating, stealing tanks, shooting down blimps and planes, and embracing the total chaos. This is only likely to happen a couple of times in the main story, but chasing achievements and in-game unlocks really presented some opportunities for wackiness. The other moments for me that I really enjoyed was the free-form takedown/takeover of Nazi fortifications and checkpoints. Clearing those out could be a lot of fun and sometimes require quite a lot of strategy, and also gain you some helpful currency for abusing the game’s supply stores. Unfortunately, this became a little too repetitive due to the seemingly inexhaustible supply of the checkpoints all over the game map. Those awesome moments started to be overshadowed by the feeling the I wasn’t making much of a dent when I zoomed out the map. Pity. 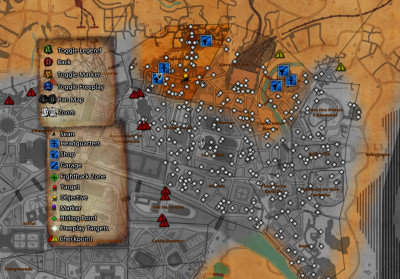 “Just look at all of those fucking blips. Ugggghhhh!”

While the game can feel a little on the clunky side, particularly the driving, which you do quite a lot of of course, it’s all quite serviceable, and certainly not as rough around the edges as Mercenaries 2 was upon release. The bigger problems with the game are probably less technical, such as it’s bizarre insistence on taking place in an alternate past version of World War II, where the timeline is different, things have different names and designs, etc. Plenty of World War II games have embraced fictionalized versions of reality, but The Saboteur never goes too far into approaching the occult, zombies, and super technology of Wolfenstein, for example. Instead, everything just feels a little bit “off” for no real reason, other than a license to be lazy with the facts. Combined with the humor and overall irreverence for the subject matter, the game almost feels like something along the lines of Inglourious Basterds, without quite sticking the landing. 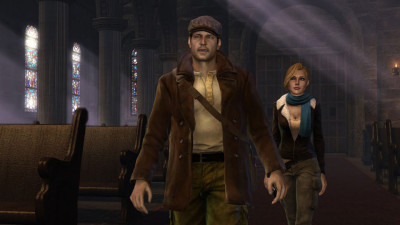 I should also give a shout out to the protagonist, Sean Devlin, who is sort of the personification of that whole thing. Luckily I was prepared for how ridiculously over the top this Irish (yes, despite helping the French resistance in Paris, you’re actually an Irish dude) knucklehead stereotype is. Some of his one liners were actually pretty funny, and I actually think he could have been developed into a pretty cool character with a bit more effort, and maybe he would have been if this game had gotten a sequel. Regardless, I’m definitely not as bothered by him as some people seem to have been. 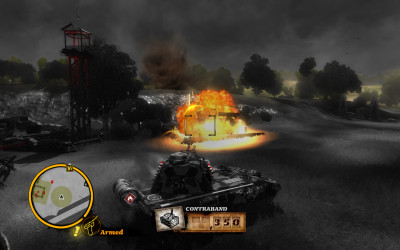 One of the The Saboteur’s most unique features is that the occupied portions of the city are bathed in this ultra-stylish black and white, with only flourishes of color highlighting certain things such as the red on the Nazi uniforms and banners, the blue of the resistance fighters, the orange of fiery wreckage, or the soft yellow glow shining from windows at night. While a little jarring at first, this is a really, really cool look once you get used to it. When you liberate an area of the city, the palette of the area shifts into full color. The color looks fine, good even, but it feels a little odd to reward the player by making an area’s visuals less cool. Humph! It was a good idea that only almost works. Another landing that they didn’t quite stick… 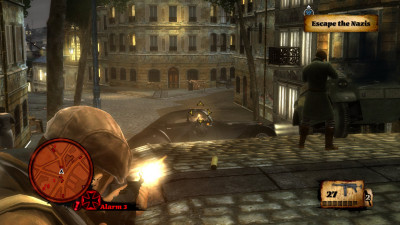 We in the killin’ Nazi business!”

That would probably be a nice way to sum up the entire game. It all sounds amazing on paper, and it is executed mostly competently, but somehow it just doesn’t gel together to reach the heights of excellence it could have. Still, if all of the elements of The Saboteur sound appealing to you, as they did to me, you’ll probably enjoy it. It’s just a shame that Pandemic isn’t around to release a sequel that really captures all of the potential that this game has with a The Saboteur 2 (and while we’re at it, a Mercenaries 3!)

(Screenshots from mostly the PC version swiped from various sources.)