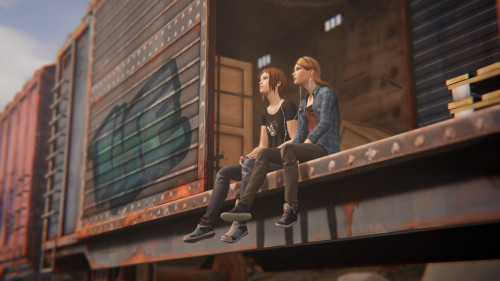 When I first heard about Before the Storm back in 2017 I was a little skeptical. First, it’s a prequel to a game that, back then, seemed unlikely to need one, a suspicion I can definitely confirm having finally beaten the game. A major concern for me, personally. Second, developer Dontnod wasn’t signed on for this one, with Square Enix instead passing the reins to Deck Nine, who had never worked on anything like Life is Strange as far as I can tell. Concern rising! Perhaps most controversially, due to a Screen Actors Guild strike several voice actors, including the voice actors for the two lead characters, Max and Chloe, wouldn’t be on board for this one. While it turns out that Max would barely be featured, BtS centers around the character of Chloe, whose excellent voice acting in the first game was an undeniably crucial component. Oh dear…

Working backwards through each of those concerns, the voice acting turned out not to be much of a problem at all. Deck Nine was able to find someone who was capable of sounding reasonably close to the original voice actor, Ashly Burch, for Chloe. I say “capable of” because, while for the longest time I had wondered if they had indeed managed to source the original talent, or if maybe they went back and re-recorded her lines after the strike was over, there definitely were some moments in the latter half other game where the illusion shattered, taking me out of the moment to ponder how unlike Chloe the impostor on the screen sounded on a specific line, or in a particular scene. Thankfully these moments were few, and replacement, Rhianna DeVries, mostly nailed it. 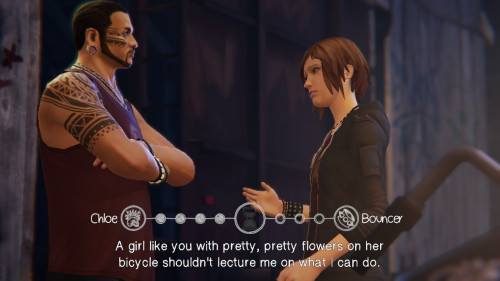 As for Deck Nine? While I’m about to go into more specific details in a bit, let me just sum it up by saying I was surprised at just how incredible of a job they did with this game. I’m not sure what they’re working on currently but I really hope that this wasn’t just some sort of a one time experiment for them and that they have more narrative games in their future. Amazing job!

The justification for Before the Storm’s existence as a prequel is probably a much more fundamental issue. Did the original Life is Strange need a prequel? Not at all. Is Life is Strange stronger with the existence of BtS? Surprisingly, I think so! As improbable as it is that shoehorning a new story into a timeline that was already somewhat established would be successful, it’s executed extremely well.

Before the Storm takes place during the often alluded to time in Chloe’s life after her father died and Max moved away, and after she’s already well on her way to becoming the rebellious Chloe we met in Life is Strange proper. An early scene in the first episode has Chloe sneaking out to see a band at a shady-ass club in the middle of nowhere. BtS shows us a Chloe who, at least from the new perspective of being inside her head, wrestles with how to handle the adversity she encounters and later muses about how she’s managed to pull off being such a badass. This is a different Chloe, one who is still developing the defiant confidence we saw in Life is Strange. I love this sort of subtle attention to detail, especially given that the events of this game are surely critical to that development. 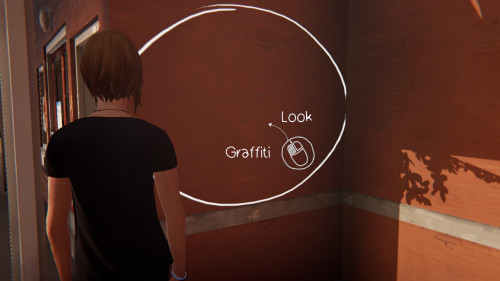 “…and instead of snapping artsy photos, Chloe just vandalizes shit.”

Therein lies one of the real successes of Before the Storm. This time, lacking Max’s supernatural abilities and as much of a dramatic plot to deal with, BtS focuses more on the “slice of life” sections of the original game. While this makes it perhaps a little less exciting, the relationship between Max and Chloe was easily one of the best parts of Life is Strange and is echoed by the relationship between Chloe and the game’s other main character, the legendary Rachael Amber. I might argue that BtS is perhaps even more affecting given how much of a strong, passionate personality Rachel is, and for the record, not only does Rachel live up to the lofty reputation built up for her in the first game, but in some ways she even exceeds it.

Unlike the first game, the romantic undertones between Chloe and Rachel also seemed more obvious, and while we took the bait in our playthrough, despite the game seeming to want the choice to be more binary, we felt like it was more realistic for Chloe to respond apprehensively rather than leaping haphazardly into a relationship with someone whose signals weren’t always exceedingly clear. In any case, Chloe’s connection with Rachel goes on to justify many of the interpretations of her later relationship with Max. Was Chloe trying to reconnect with her old childhood friend, or was she actually trying to recapture her romance with Rachael? It’s even more interesting when you consider how Chloe takes on Rachel’s role as the fearlessly impulsive, assertive one. This is just one example of how Life is Strange feels stronger with the character development present in BtS, which culminates with the elephant in the room, the tragic events around Rachel Amber in the first game, being all that more disturbing after getting to know her here. 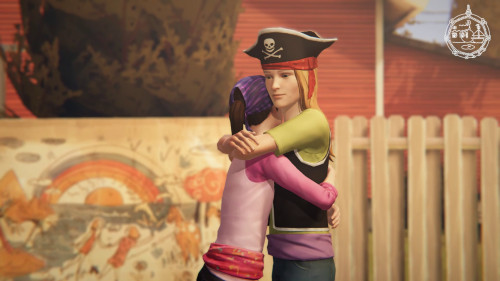 “Make sure you also play the bonus episode!”

It’s not all perfect of course. Any time you expand a story with a prequel like this you risk inconsistencies or full on retcons of earlier established events, and while the events of Before the Storm seem to be carefully considered, there are tons of issues with the changes to the already sloppy timeline of the first game. None of these issues felt problematic, if we even noticed them at all, but this is a complaint I ran across a lot online.

Another frequent complaint is how the course of the entire game seems to take place in just a few days, which feels like way too short of a time for numerous reasons, not the least of which is how quickly the bonds between Chloe and Rachel form. While I agree that the timeline feels compressed for no real reason, that’s one specific assertion that I don’t agree with at all. I believe that at that point in her life Chloe desperately needed someone in her life and Rachael came along at just the right time to catch her in this vulnerable state and knock her off of her feet. Simple as that! I’ve heard some people suggest that Rachael may have even sensed this in Chloe and actively exploited it, and while, erring on the side of optimism, I’m not necessarily prepared to pass that judgement, it does fit with the events fairly well.

I can’t say I’m exactly immune to these kinds of complaints though. I was bothered by the timeline of the bonus “Farewell” episode, which has you playing through one of Max and Chloe’s last days together as kids. Avoiding spoilers here, but that is a compressed timeline, folks! While I really enjoyed the episode, it definitely clashed harshly with my impression of the events as presented in the first game, even if those details are ultimately fairly inconsequential to the overall story.

Some people also hated the end, particularly the very end, and of course I understand the reasons why. For me, despite being incredibly sobering, it felt thematically totally appropriate and helped tie the stories between the two games together. 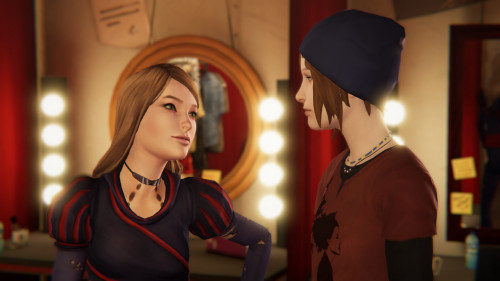 “The Tempest scene was truly memorable.”

I suppose I should stop there before getting into spoilers. To quickly run through a few remaining notes: the music is much more consistent and fits the tone better even if there are less standout tracks than the first game, the graphics are quite similar, though perhaps a bit more stylized this time around, and while the gameplay is mostly the same, we found ourselves feeling strangely pressured by no longer having Max’s ability to rewind time, having to live with the consequences of our decisions. God forbid!

While I’m not sure if BtS manages to surpass it or not, in some ways it’s probably superior to the first game and, in any case, I came away just as affected by Chloe and Rachel’s relationship which is a huge accomplishment all by itself. That said, the game seems to be quite divisive. I’d have thought if you liked the first game, BtS would be more of the same for the vast majority of people, but I suppose the people who loved Life is Strange loved it so much that of course they’re going to be super sensitive to any changes something like this inevitably brings. Regardless, I wouldn’t hesitate checking it out if you are a fan of the original Life is Strange.

Screenshots were take from various places on the Internet. Most of them are from the PC version rather than the Xbox One version but the difference isn’t huge, especially when reformatted for this blog.