Well it certainly has been quite a while since my last update. Unfortunately I don’t have any great excuse for why I haven’t posted in the last 2+ months but honestly writing for this blog is probably one of the lesser of responsibilities I’ve shirked recently. Perhaps one possible explanation is that I haven’t done a lot of gaming during this time, and indeed I’ve done (relatively) little, yet all together I’ve certainly done more than enough to report on: 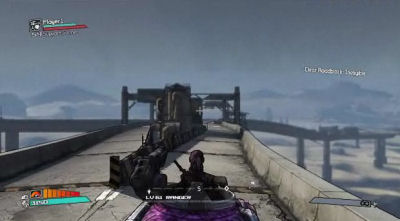 “Enjoy General Knoxx’s millions and millions of miles of less than scenic highway!”

I worked my way through both The Zombie Island of Dr. Ned and The Secret Armory of General Knoxx expansion packs for Borderlands via local co-op. Other than not realizing I had to manually select to go back to “playthrough 1” which resulted in us having to replay the first 10 minutes of the single player campaign, and then have our brains instantly devoured by living dead who horribly out-leveled us, Zombie Island was pretty fun. Perhaps a bit monotonous, but no more so than the rest of the Borderlands tends to be to me. General Knoxx was a little more fun, or at least it would have been if it weren’t for the obnoxious driving requirements in lieu of the absence of fast travel. I appreciate them wanting to put more emphasis on vehicles for that expansion but since I generally consider the vehicles in Borderlands to be godawful, the effort seems to have been a bit of a waste. I’d wager that even if you somehow enjoyed the vehicle sections of the game the lengthy back and forth travel required for many of the quests combined with many long, road centric areas and annoying, respawning enemies probably at least grated on you a little. We never got around to going after Crawmerax (our characters are still relatively low level) but we’ve still got a Robot Revolution to possibly investigate sooner or later. Despite all my seemingly negative comments I’d say that if you’re any sort of a Borderlands fan you should probably own all of these, period. 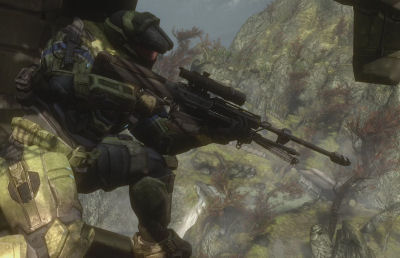 “No stupid caption, just Jun looking like a badass.”

What else? I’ve started playing World of Warcraft again way too heavily which has included me finally getting my “main” to level 80, making several new “alts” (including one who I’ve been leveling exclusively via the Random Dungeon Finder) and even making it into the Cataclysm closed beta for some so, so sweet early access to these hotly anticipated new changes and additions. More on WoW later in some separate updates but hopefully I won’t burn myself out again before I get too far into the proper release of Catacylsm next month.

Finally, and most importantly for this update, Halo: Reach has fallen from the heavens into our unworthy hands. Being a Halo fan since playing the first game on my brother’s newly purchased Xbox back in 2001, and continuing to enjoy the latest additions to the franchise in the form of Halo 3 and ODST, I was definitely anticipating Reach. Of course it was also an insanely safe purchase to make both because of Bungie’s great track record and the Halo franchise’s long, long legs on Xbox Live. 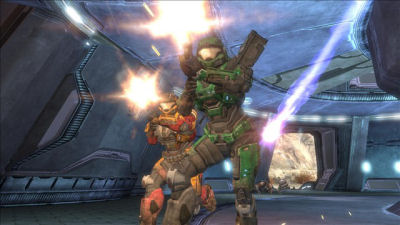 “Us owning some Covenant in the campaign.”

It has been such a long time now since it was released that my analysis of the game is going to be a bit more muted than it might have been if I had actually posted about it in a bit more of a timely fashion. I’ll sum up the single player pretty quickly though: continuing Bungie’s high level of production value and polish combined with improvements made from lessons learned in all previous Halo iterations, including ODST, yet never straying all too far from the conventions of the series, Halo Reach is almost certainly the best of the Halo single player campaigns so far. It may not be my personal favorite campaign (Halo: Combat Evolved holds a lot of fond memories for me and I’m idiotically nostalgic after all) and I might have been a tiny bit disappointed that I didn’t get the Rainbow 6, Ghost Recon, or SWAT style squad based, tactical experience that my imagination ran wild with when we got our first glimpses of Reach early on, I do concede that it might be the best Halo yet. The action, story, variety and the pacing, etc. – it’s all awesome. That’s not to say it is perfect – we had some pretty funky AI issues with the other Noble Team members in particular when playing the game via co-op, and some other bizarre occurrences, but I chalk most of those up to Halo charm rather than any sort of real annoyance. 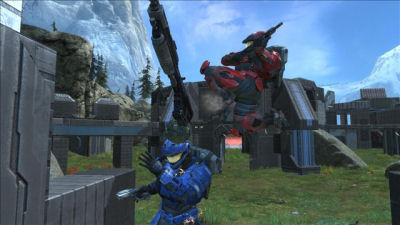 “Jet pack melee kills are one of my favorite additions!”

The aforementioned Xbox Live goodies are amazing too with Bungie continuing to raise the bar on console multiplayer experiences. The changes, as subtle as many of them probably seem to casual fans of the franchise, make a huge difference. The changes to Halo 3’s equipment being the most notable, particularly with the addition of the ever popular jet pack. Once you start to master the use of some of the new items you’ll probably wonder how you ever stood playing Halo 3 and who doesn’t love jet pack stomping on someone’s face? Bungie also took some nice cues from Call of Duty 4 and Modern Warfare 2 (amongst others, of course) with their persistent stat tracking and career advancement and, while it isn’t as over the top as it is in those games, it is definitely an improvement. The new Forge (and Forge World) is incredible as well – I personally spent a few hours in it recreating a very sad approximation of one of my favorite old Doom deathmatch maps (available here!) I feel like I’ve gotten my money’s worth with the multiplayer alone and I’ve barely played any of the new Invasion mode and haven’t even tried the new Firefight yet. Awesome!

An interesting facet of the release of the game that has almost nothing to do with the game itself is that fans of the series are now left to wonder about both the future of the Halo franchise now that Bungie is doing new things, and exactly what new things Bungie will be getting up to. Rumors of MMOs and perhaps returns to older franchises (Myth, mainly) abound, but in any case it is definitely going to be a fascinating few years while we watch both situations unwrap.