When I returned to Umbanaco to claim my reward I could tell he was quite excited to finally have possession of the carving though, to my curiosity, he spent very little time looking it over. He seemed to start to offer me another job but hesitated before finally making the offer. He told me that my next job may be a little different than the usual because the item he wanted was not in some long forgotten ruin or guarded by horrible apparitions, but instead was in the possession of another collector in the city. He told me it was the crown of the last king of the Aleyids and that its owner, Herminia Cinna, refused to sell it to him. While he told me that the intention was simply to try to purchase it for him as a 3rd party, he seemed to imply that acquiring it by less scrupulous means may be required. He gave me 1000 septims and off I went. 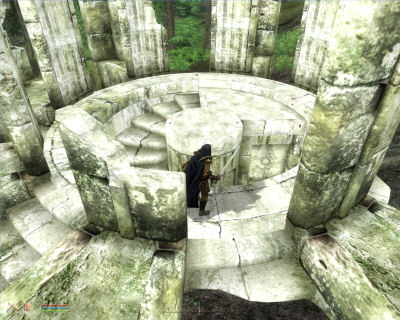 “About to descend into Lindai.”

I tracked Herminia Cinna down to running errands near the tower and brought up being interested in her antiquities. Perhaps I should have changed into less conspicuous clothing or at least thought my words over a little more carefully before speaking to her as she immediately suspected me of being an agent of Umbanaco’s. She made it clear that it wasn’t a matter of money and that there was simply something about Umbanaco that she didn’t trust, and that she suspected him of being motivated by more than he claimed. While Herminia couldn’t elaborate much, even as I pressured her to, the Aleyids were known to be powerful magic users and dedicated servants of the Daedra, some rumored to be quite cruel in fact, so it didn’t seem out of the question that Umbanaco might be after something more sinister than a simple collection of dusty artifacts.

Herminia pleaded with me to consider another option – while the crown she had was indeed the crown of “last Aleyid king” there was no overarching Aleyid kingdom and, in fact, there were various other kingdoms, many of them even rivals. She told me that she knew of the possible location of another, similar crown from around the same time period that she hadn’t had the funds to hire help seeking out yet. I got all of the necessary details from her and told her I’d have to consider it. For someone with so little to back up her suspicions, Herminia seemed quite convinced. 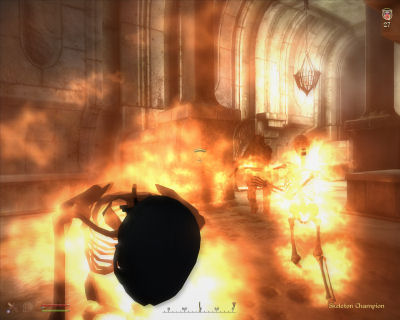 Herminia told me that the royal crown of Lindai would have been kept in the royal tomb of the site, now known simply as Lindai, which she suspected was still sealed. I figured there was little harm in attempting to acquire the crown before making any further decision so I set off for the ruins of Lindai, northwest of the city. The ruins were fairly typical of my findings so far, guarded by undead creatures and traps. Herminia’s suspicions were correct though and much of the tomb’s treasure seemed to still be intact including the cask containing the crown. Now I had one option secured. 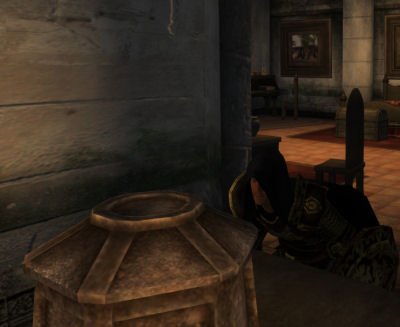 Although I’ve mostly stayed clear of a life of crime so far, I decided to visit Herminia Cinna’s home one afternoon after she had left to go to the market – I had developed a new plan. I had more or less decided that Herminia’s fears were unfounded and her outright refusal to part with the artifact for any sum of money was unfair to a someone such as Umbanaco, who had already displayed his merit as a real collector, with a real passion for the history of the Ayleids. To be honest, it was more Herminia’s motives that I was questioning at that point. So, a quick lock pick on her front door when I was sure that I wouldn’t be spotted and in I went. I carefully searched her fairly modest home for the artifact until I eventually found it in a locked cask upstairs. This lock was more troublesome to pick but soon I had the authentic crown in my possession, the royal crown of Lindai in its place and hopefully Herminia would be none the wiser until such a time when she examined it more closely.

Returning to Umbanaco I presented him with the real crown which seemed to please him to no end. He said he had another task for me: to escort him through the ruin of Nenalata to the east for another archeological expedition. Easy enough, I thought. He said he’d arrange to meet me there in three days time. 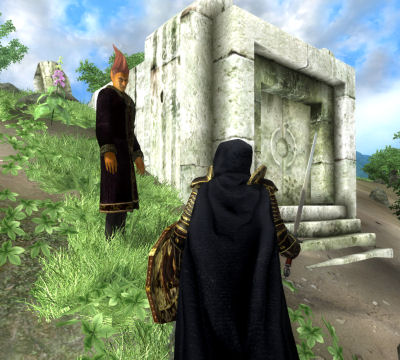 “Is that a stupid haircut or are you just happy to see me?”

Nenalata was a fairly unimpressive looking ruin from the outside, despite being perched on the side of a hill overlooking the junction between the Silverfish River and Niben Bay. I waited on horseback until I heard the first rustling of someone approaching and road to investigate. Umbanaco had arrived and was excited to get started. I asked him to wait outside at first, as many of these Ayleid ruins were quite dangerous. He seemed a bit put off by the idea, but agreed. This part of Nenalata was pretty typical of Ayleid ruins so far, save for more ornate stonework and a distinct lack of traps. After clearing out virtually the entire structure of guardians I returned to escort Umbanaco, who in-turn seemed to escort me. We went down to one of the lower levels where he spotted the location he was looking for and ran over to it to place the carving I had acquired for him earlier in a recessed spot in the center of the wall. He then dramatically recited some Elvish which I could not understand, causing a secret passageway to open. 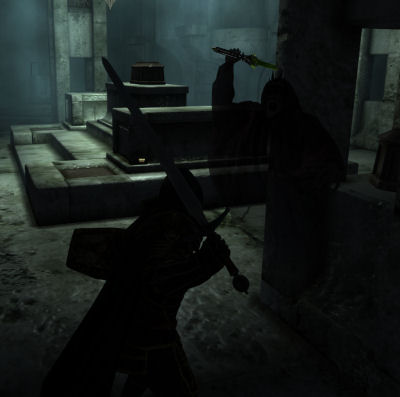 “Someone light a fucking torch!”

Excitedly, he proclaimed that we were entering the throne room of the last king of the Ayleids and that it was now up to him to reclaim his people’s lost glory. I took pause, of course, though he was an Altmer I figured he was still speaking as a student of the history of Ayleid peoples. When he donned the crown and sat in the thrown, shouting in Elvish tongue, however, I began to reconsider. Was Umbanaco a mad man or…?

Before I could finish my contemplation of the events at hand the spell that Umbanaco was apparently casting had completed and a massive burst of energy spread out from him in all directions. As the smoke cleared he cast another spell and disappeared from sight. Doors opened from every side of the chamber and several liches and other undead flooded in. I drew my sword and began backing towards the door. 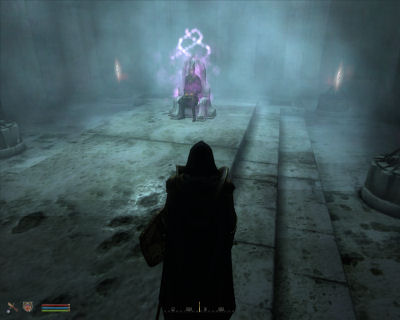 I summoned my own guardian and began casting all manner of offensive spells as skeletons rushed towards me, striking against my shield with huge, clumsy blows. It was quite a perilous situation and I constantly found myself having to retreat away from the seemingly endless hordes of undead. Umbanaco himself, or whatever he had become, also reappeared from time to time to summon more undead and launch the occasional spell at me. At one of these moments he found himself between me, still strategically withdrawing, and a corner. Looking in his rage filled eyes, I was sure that there was no other way and lunged. Umbanaco fell with a desperate cry echoing through the halls amidst the backdrop of still clamoring creatures and blasts of magic. 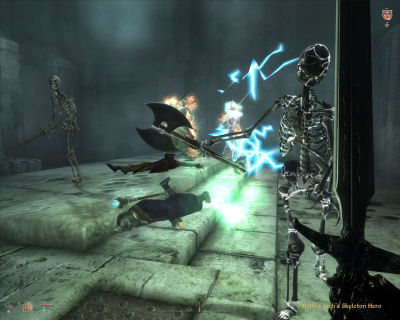 I finished clearing the room and took my time, looting the rest of the ruin. I wasn’t quite sure of what to do – Umbanaco was a fairly respected citizen of the Imperial City and he’d now be missing. If he told anyone about where we were going I would be suspected in his disappearance, and who would believe me about his attempts to resurrect the Ayleids? Only one person. As soon as I returned to the city I sought out Herminia Cinna and professed my regrets for not believing her. I gave her back the real crown and even offered her some of the other Ayleid artifacts I had looted. I only asked that, in return, she support my claims should I be implicated later on. While seemingly disturbed by the whole thing, she agreed and seemed quite happy to have her crown back, in addition to the other artifacts I added to her growing collection.