There’s not a whole lot to talk about in Warhammer Online land but I plan on continuing to mention it frequently since it is what has largely kept me from playing other games lately.

One of my only real frustrations with the game lately has been my ability to progress the way I want to – in WAR there are essentially two leveling treadmills, the normal levels (“ranks”) and RVR levels (“renown ranks”.) Your renown only raises from doing RVR related tasks (scenarios, battlefield objectives, and PVP in general) and therefore it is quite possible to get to the endgame and still have a very, very low renown rank. Indeed, a lot of the people who raced their way up to 40 in the first couple of weeks after released had pitiful renown ranks. Renown rank also has double the cap of normal rank (thus providing a more long term goal at the rank endgame) and generally seems to progress a bit slower to boot.

My personal strategy for leveling so far has been to absolutely burn through all of the PVE quests, including grinding for chapter influence, and once I reach a point at which the PVE content for my tier (in my race’s area, as I don’t want to go through other race’s areas and ruin the experience for any alts I roll if I can help it) is dried up, or it out levels me significantly, I PVP as much as possible be it constantly queuing for scenarios while screwing around or running objectives with warbands. So far, about to enter tier 4, my problem is that I can run through PVE content at any time, with the exception of dungeons and public quests which require other players to fully complete, while doing RVR related activities is simply not possible at off hours. Scenarios will only pop up if enough people are queued up for them and RVR objective open parties and warbands, even small ones, seem to be nonexistent. What this basically means that until I get past these “must RVR!” humps, I can only play during primetime, and given my schedule lately, means that much of my only viable playing time is worthless for my purposes.

I started actually putting some effort into my first alt lately, a Dwarf Engineer, and quickly reached the same place with him. Now I’ve got two characters I can’t really play. This leaves me concerned for the endgame as until the vast majority of players have at least one rank 40 character who knows how active rank 40 RVR will be at off hours. Even all this aside, PVPing as much as I can while still trying to make the most of the PVE content, my renown rank on these characters continues to lag behind my actual rank. I almost flipped out the other day when after describing my main character to a friend and him noticing the disparity between my rank and my renown he said “you don’t PVP much do you?”

Here’s some new screenshots. Note that these are several weeks old and don’t represent my actual, current progress. I’ll have to catch this blog back up sometime but I was trying to avoid flooding the front page with WAR images. 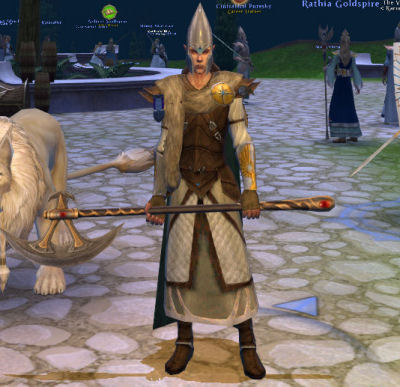 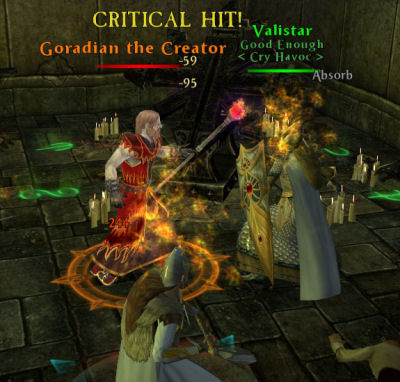 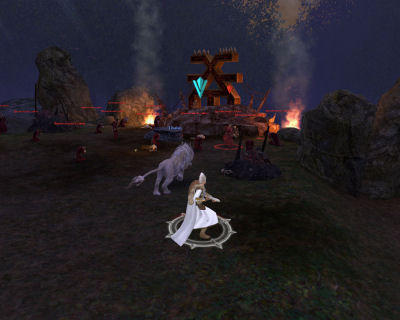 “My lion about to get me brutally murdered by Khorne cultists. Thanks, cat.” 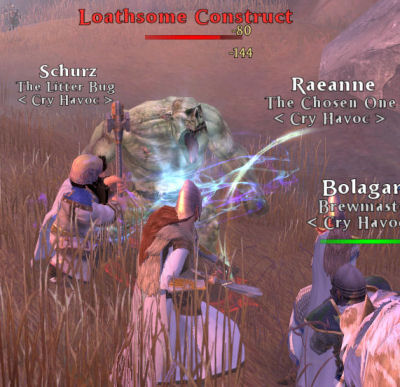 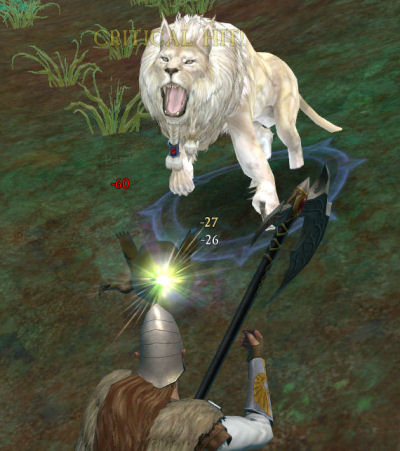 “Despite their convenient snack size Nurglings are probably not the best thing to feed your pet.” 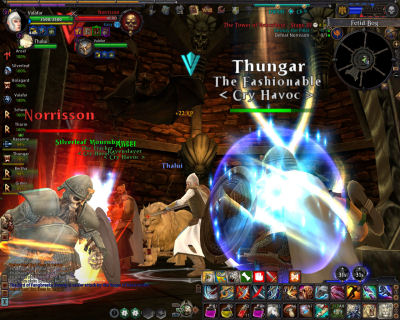 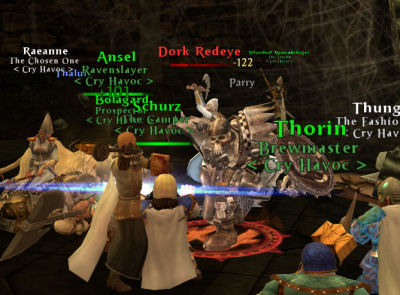