It’s been months since my last proper Game Log update and there’s good reason for that: I haven’t been gaming much!

I’ve continued to play some Call of Duty: Modern Warfare 3 online here and there until relatively recently. I think I finally reached that “eh, I’m good enough at this now…” stage of burn out which I also reached before max level in the previous two Modern Warfare games. Interestingly though, my load outs are fairly different. In MW2 I had developed a mean hyper-aggressive, hip-firing shotgun build and would even occasionally whip out a pretty effective sniping build on certain maps. In the original MW I had several assault rifle builds but one of my favorites was a hip-firing, fast reloading, high rate of fire sub-machine gun build. Coming full circle back to MW3 I found myself most effective with a pretty similar sub-machine gun build again. Great game, for what it is. Expect me to talk more about it (and probably more negatively about it) sometime when the future when I get around to playing through the single player campaign.

Oh yeah, I also briefly revisited my Minecraft addiction as well when a friend of mine put up a server… still a ton of fun! I didn’t do much cooperative building but I did carve out a little niche of my own and do plenty of exploring. 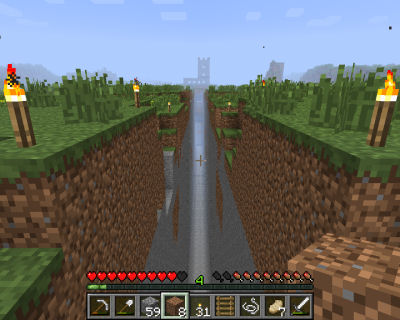 “I built this seriously huge canal before remembering that they changed the way water physics worked online and I couldn’t actually flood it properly. :/”

Star Wars: The Old Republic quickly came and went from my roster as well. Great game! I’ve definitely never felt so attached to my character or so drawn into the story of an MMORPG before, yet at the end of the day it is still a fairly cookie-cutter MMORPG and despite really enjoying it I decided that, at least for now, I would get more (and cheaper) enjoyment out of sticking with single-player titles. I’ve got such a huge backlog and tons of planned reviews for this blog and whatnot as it is, and with me spending so little time gaming lately, it just doesn’t seem worthwhile to invest so much time into yet another MMORPG. I do expect to return to this and finish out my main character’s story eventually, but for now… cancelled! 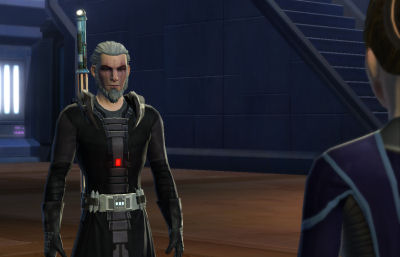 “I actually modeled my Sith Inquisitor after my old UO character.”

Speaking of my backlog, I just finished Shadow Complex on XBLA. Yes, I know this came out in 2009 and I’m massively late to the party (as usual) but wow, what a game! It’s no wonder so many people were raving over it at the time. For the uninitiated, the game takes the classic “metrovania” formula (probably an understatement: it is very much a direct rip-off of Super Metroid’s gameplay) and throws it into a slick, modern setting with a nice 3D engine to back it up. Don’t let the mention of it being 3D scare you – it’s still very much a 2D side scrolling platformer like the aforementioned Metroid and Castlevania games, though Chair did at least have the sensibility to use the more modern engine for things like in-engine cut-scenes and 2.5D environments. Let me explain the 2.5D thing: it means enemies can be in the background rather than only on the same plane as your character which may sound confusing but it generally works pretty well even with the occasional targeting oddities. It’s used pretty effectively, allowing for a lot more enemies on screen without cluttering things up and just greatly enhancing the perception of depth in the environment in general. 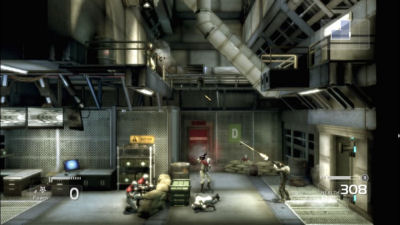 While the 3D graphics are nice and the polished presentation much appreciated, probably what impressed me most were all of the tiny little updates to the Super Metroid formula. Just little things, like using a flashlight to see what objects and doors were accessible/useable with what items, color coding those same doors on your mini-map for later reference, highlighting the route to your next objective, etc. Perhaps some of those intelligent tweaks aren’t new to the genre, as other than playing the DS Castlevania games I really haven’t played anything like this recently, but they’re all here and all work exceptionally well. Some of the item and weapon additions were quite cool as well and despite the game always highlighting your next goal there could be a lot of flexibility in what paths and methods you used to reach it if you want to explore and use your imagination a bit. I’m quite thankful for all of this as I was a little concerned before I got started that this would be one giant, tedious slog through backtracking hell… but no, it’s very easy to keep track of where you have and haven’t been, what secrets you have and haven’t unlocked, etc. and it only gets more and more fun to play as you progress. 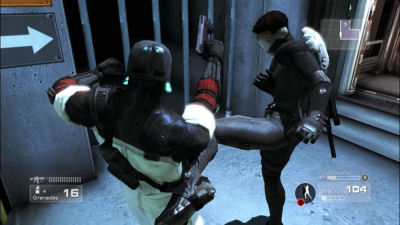 Highly recommended if you were a fan of Super Metroid, Castlevania: Symphony of the Night or games of their ilk or, hell, even just a fan of 2D platformers in general. I definitely got my 15 bucks worth and I’ll probably play it again at some point in the future to go after more of the map secrets and challenges. Now if only they’d develop a new Metroid or Castlevania in this engine… *drool* 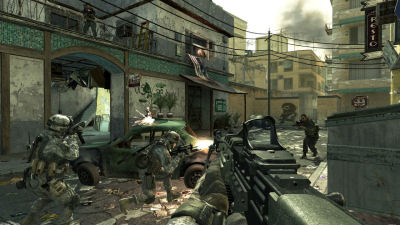