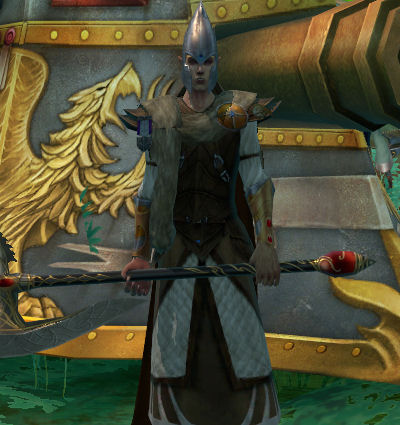 So, I’ve killed a lot of undead recently… 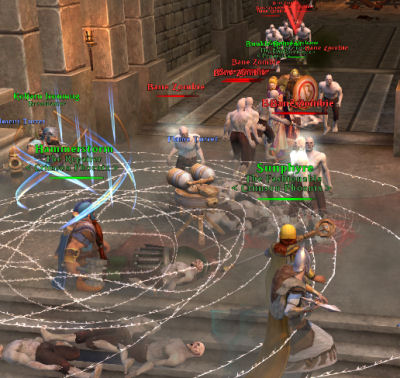 “Attempt number two after we managed to pull all 35 of them at one time.”

I spent a little while grinding on the first stage of a couple of public quests in the Empire zone in order to get some influence items I wanted and while doing so hooked up with an open party run by a guild I’d never run into before, Crimson Phoenix. A bunch of rowdy dwarves but seemingly pretty cool people. We ended up running through both of the nearby public quests a couple of times and had a lot of fun. Naturally, many zombies were slain. 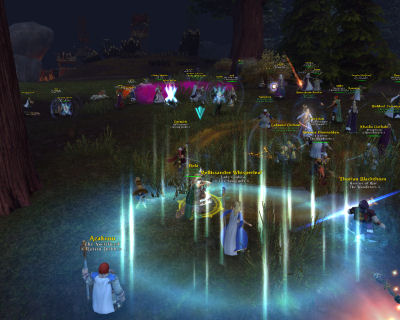 Later that week Mythic launched their Halloween related event, Witching Night. One part of it involved participating in a public quest to kill enemy players in the RvR zones while another consisted of killing some new, rare undead mobs that were spawning in pretty random patches all across the world. I first hooked up with an RvR warband which was pure, awesome chaos. There must have been somewhere between 4 and 6 warbands worth of people total all fighting in one spot. It was actually a lot less exciting than it sounds as the two sides held their lines resulting in a battle of attrition with all out combat being pretty sparse.

After hanging around there for 20 or 30 minutes I linked up with some of my guild mates and we decided to attempt some of the PvE parts of the influence quest. We wound up slaughtering Restless Spirits until each of us had at least one of their rare Witching Night mask drops. Between not being too into grinding annoying, hard to find mobs or participating in annoying, hard to fight RvR battles and my play schedule doing the limited time that the event was taking place that was about all of the Witching Night event I could manage.

I’d have to say the event was hit and miss. I thought the amount of content for a week long, seasonal event on short notice was good. The mechanics of the event itself left a little to be desired but I’m sure they’ve learned some lessons for next time. 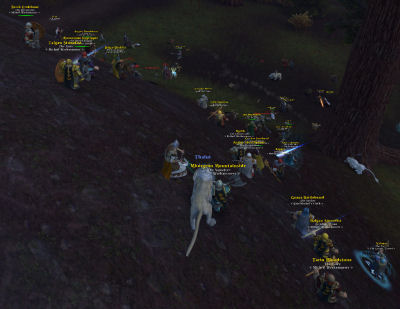 On Halloween night itself I ended up occupying myself for part of the evening by testing out some of my new AoE moves by grinding out a Bestial Token for killing 1000 zombies. It only took an hour or so but it was still pretty painful. At least I managed to leave the place with a backpack overflowing with loot and a shiny new trophy… 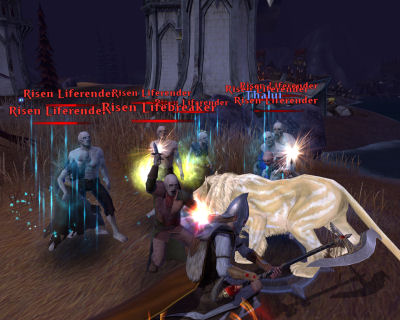 That finally finishes off my back log of WAR screenshots. Well, that is until I procrastinate on posting any new ones I take. I’ll keep posting my interesting ones in the future but hopefully they’ll be a little less of them and a little more variety to my posts now. My main is currently rank 31 realm rank 24 and after I PvP my way up to rank 32 I will be putting his nose back down onto the PvE grindstone for a while. I’m almost to the end game… I can taste it! (It tastes kind of like stale vanilla waffers if you were wondering.)